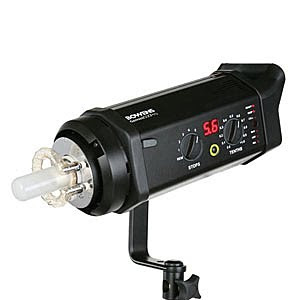 New lighting kit.... Bowens Gemini 500 Pro 2 head kit with travel pak and a Gemini 750 Pro head, that's gonna be the new kit in my lighting case. I've hummed and harred about it since Focus-On-Imaging, this seems to fit the bill best, I'll need the short flash exposure times (t=0.5 1/2400s) for the high speed shots I'm planning to do but they will be a useful addition to my lighting kit for my general commercial work. It'll leave me with nine heads so I reckon a couple of the old Espirt 500 heads will be heading towards e-bay as I usually get away with six heads at most. So come April 6th I'm going shopping..... 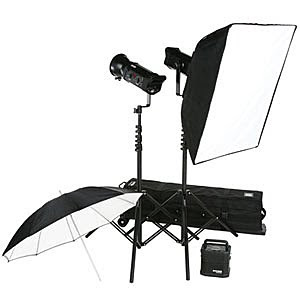 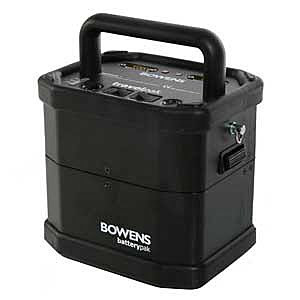 So what you gonna do now spring is sprung, the days are getting longer, we've even had some sunshine, the snow shows no sign of returning, at least according to the weathermen, so we should probably start worrying. I'm going to get out and shoot some stock, I've got a list of stuff I need to shoot and another list of stuff I want to shoot, whether they'll sell is another matter, but isn't that really what photography is all about, shooting what YOU want to? 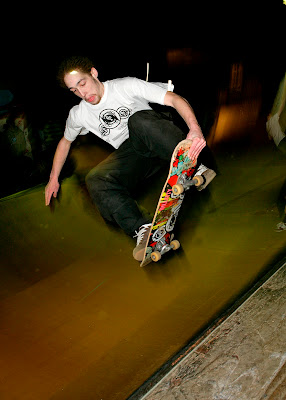 It's how I started with photography, I wanted to capture my friends skateboarding back in the late 70's, I could always draw what I saw but having photographs for reference made it easier, till capturing the guys in photographs became the only goal. My subject matter stayed pretty focused for a few years before I started to turn my camera, by then a Russian Zenith TTL, on family and the things going on around me. I want to go back to that early passion, skateboarding is on the list, near the top, but I'm really looking at it as a big project, trying to reach a few of the older pro skaters I remember from my youth, 30 years on most of them are still skateboarding. The pictures are going to be more creative now, thanks to battery packs for monolight flash units, the rapid move in flash technology for outdoor shooting is a god send for what I've got planned. I'm hoping to get started in April, just got to firm up a few dates and locations. I'd better get those battery packs on charge.
at March 24, 2010 No comments:

I missed last years Focus on imaging event at the NEC, I'd just got to much work to do to be able to justify taking a day off and going for a jolly to Birmingham. I could of gone on the Sunday but the thought of the huge crowds of photography enthusiasts with their bulging Billingham camera bags always puts me off that idea, plus Dave Lee Travis might be there that day! He was there this Monday, my mate Tony spotted him.
So I was quite looking forward to a day plodding around halls 9 and 10 packed to the gunnels with the latest cameras, lighting and gadgets. I was looking for some new monolights, so headed over to the Bowens stand to have a play with the new Gemini 750 Pro heads, I've been using Bowens for the last nine years and have invested a lot in the system so wasn't really looking to change to a different manufacturer, not that it stopped me looking at other kit. The Hensel portable kit look really great, well thought out, but strong and lightweight thanks to the Lithium batteries and the metal construction. Wasn't to impressed with the Elinchrom ranger kit, to much plastic for my liking, the brolly attachment on the head look downright flimsy. The Profoto and Broncolor kit just oozed quality and refinement but it comes at a hell of a price tag too match, maybe if I win some money on the lottery, sigh, I wish!
I sat in on one of the talks on the Phase One stand, which was interesting, learned a lot about the use of smoke to create interest and mood in the background of a photograph, I remember my old boss used smoke bombs on various calendar shoots twenty years ago and getting the same sort of results, there's nothing really new when it comes to ideas for shots in photography. Phase One were right across from Leaf stand, same company different embroidered polo shirts. Hasselblad didn't turn up this year, they've got their own road-show tours going on around the country, I'd think they'd get better results going to the pros, rather than hoping they'd come to them at Focus. At least they avoided the tyre kickers how are never going to part with at least £15K of Blad gear.
Popped over to Bob Rigby Photographics stand and had a chat with Simon and Garry, there's always someone buying something from them at anytime you arrive at their stand. We wheeled and dealed for a while about equipment pricing and came to an arrangement on said Bowens kit that I'm after. Later in the day saw Simon walking across the hall and had a quick chat but soon realised that the pained expression and foot dancing he was doing that he was in dire need of a restroom and let him go on his way.
Looking around the halls there was a strong college presence, but the biggest presence was for wedding albums, well sod that, I went looking for camera gear, taking in Nikon, Canon and a couple of other manufacturers too. Looked at all the lovely inkjet machines as they frantically ran print after print to prove their worth. Saw my old Fuji rep from the E-6 processing days, Martin, now game-fully employed at Pro Film and Digital in Manchester, it was nice to catch up, I've not seen him for over 8 years, they had a couple of Sinar P2's for sale, reckon they'll be taking those home with them. A lot of second hand Canon and Nikon kit, in nice condition also graced the stand.
Saw Ben at Minute Film, selling holga cameras and lots of polaroid film, it reminds me I've still got a roll of film in my holga, need to get out and shoot that soon. It must be a bit of a change for him after his years at Hasselblad but he certainly looked happy.
Well that was it will have to wait another year to take another jolly to the NEC, unless work prevents me, wonder if Pentax will be selling their new Medium format camera over here by then?
at March 12, 2010 No comments: 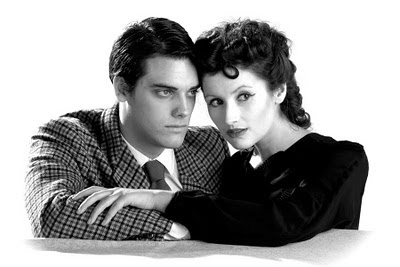 We had to recreate a 1940's style Hollywood movie promotional image for an ad, the client was quite specific in the feel the image had to convey, the use of period clothing, make up, hair styling was essential.

As you'll appreciate these things take time to come together, Molly had an hour and a half in hair and make up to capture the 40's look, Tim really just needed to have a shave and have a parting put in his gelled hair, with just a little touch up make up. The problem was when Tim went to put on the waistcoat that came with the jacket that no way was that going to fit. The jacket was a little on the tight side to, but as most of the shots would have the front of the jacket obscured it wasn't a big worry. 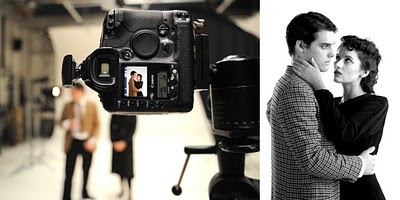 As the shoot progressed the usual changes to the original brief started, with a good mix of input from Steve, the client and myself leading to a more varied set of poses, with the models allowed to be creative on their own for the final fifteen minutes of the shoot. Which gave us some interesting shots to work with, though with the tight jacket it also gave me some work in photoshop to make it look less snug. 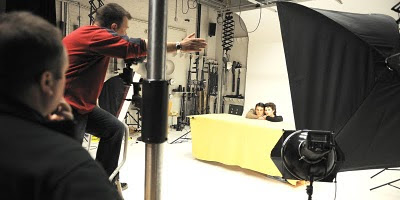 We chose Infocus Studios in Marple for this shoot, it was really well kitted out with 1000W Bowens Monolights running on ceiling tracking, every bowens reflector you could wish for, a good mix of different sized Wafers and Bowens softboxes and all set around an infinity cove. A seperate makeup/dressing room, a well appointed kitchen, though we just took advantage of the kettle and cups.

I just want to thank everyone involved for making the shoot run nice and smoothly, to Clint for capturing a few images during the shoot for the blog, note to self:- Must get an HD video camera next. 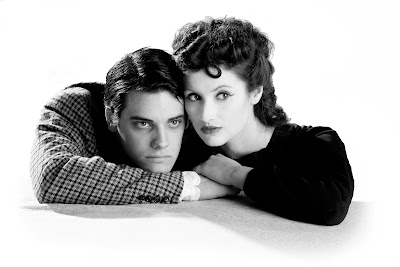 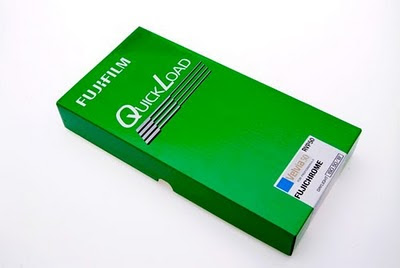 You know some film products will be really missed, Fuji's Quickload will be one of them. Kodak first brought out 5X4 film in a packet, though it was a single sheet and it to used a Polaroid 545 film back, but it was Fuji that really moved the idea on with two sheets of film just like a proper dark-slide. I've used tones of the stuff, Velvia, Provia, Astia even 64T, it was just so convenient compared with loading and off loading dark-slides, great for working on location so much easier than humping a case full of dark-slides around. It's inevitable that Quickload would get axed, I've not used my 5X4 with film for 8 years now, I sold my 545 back on e-bay over two years ago, I like many others have turned their backs on large format film and it's a great product like Quickload that has been scrapped because of it. I feel a little bit ashamed, RIP Quickload, you were great in your day, but that's long gone.
at March 03, 2010 2 comments: