So I completely forgot my business's 14th anniversary, it was on the 7th October, it took an email from LinkedIn to remind me, and that was late too. Luckily I remembered my eldest son's birthday, which is a few days after the business anniversary, in fact that's probably why I forgot, my eldest boy turned ten last weekend, ten, where did the time go? We spent most of the weekend either playing crazy golf, seriously, two 18 hole courses, or eating, mostly cake. 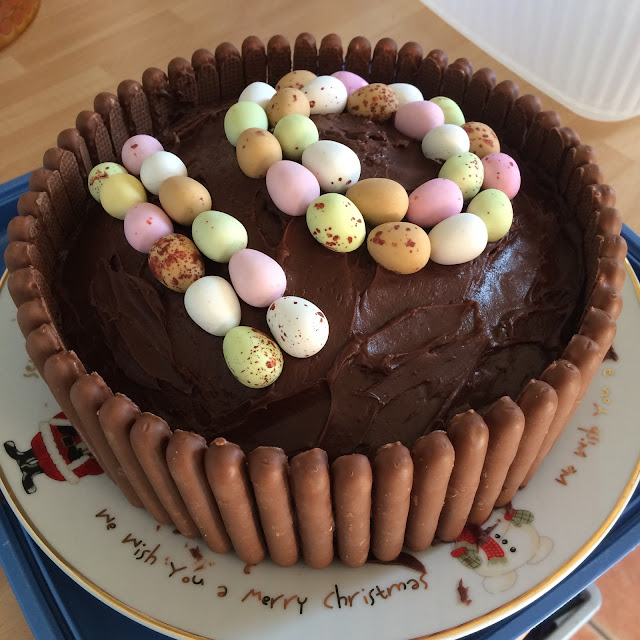 This cake... yes I know the plate says Merry Christmas on it, it's just the largest plate we have, so it gets used for cakes, it's not just for Christmas... a bit like puppies, apparently.