New iMac... So now I'm up and running again 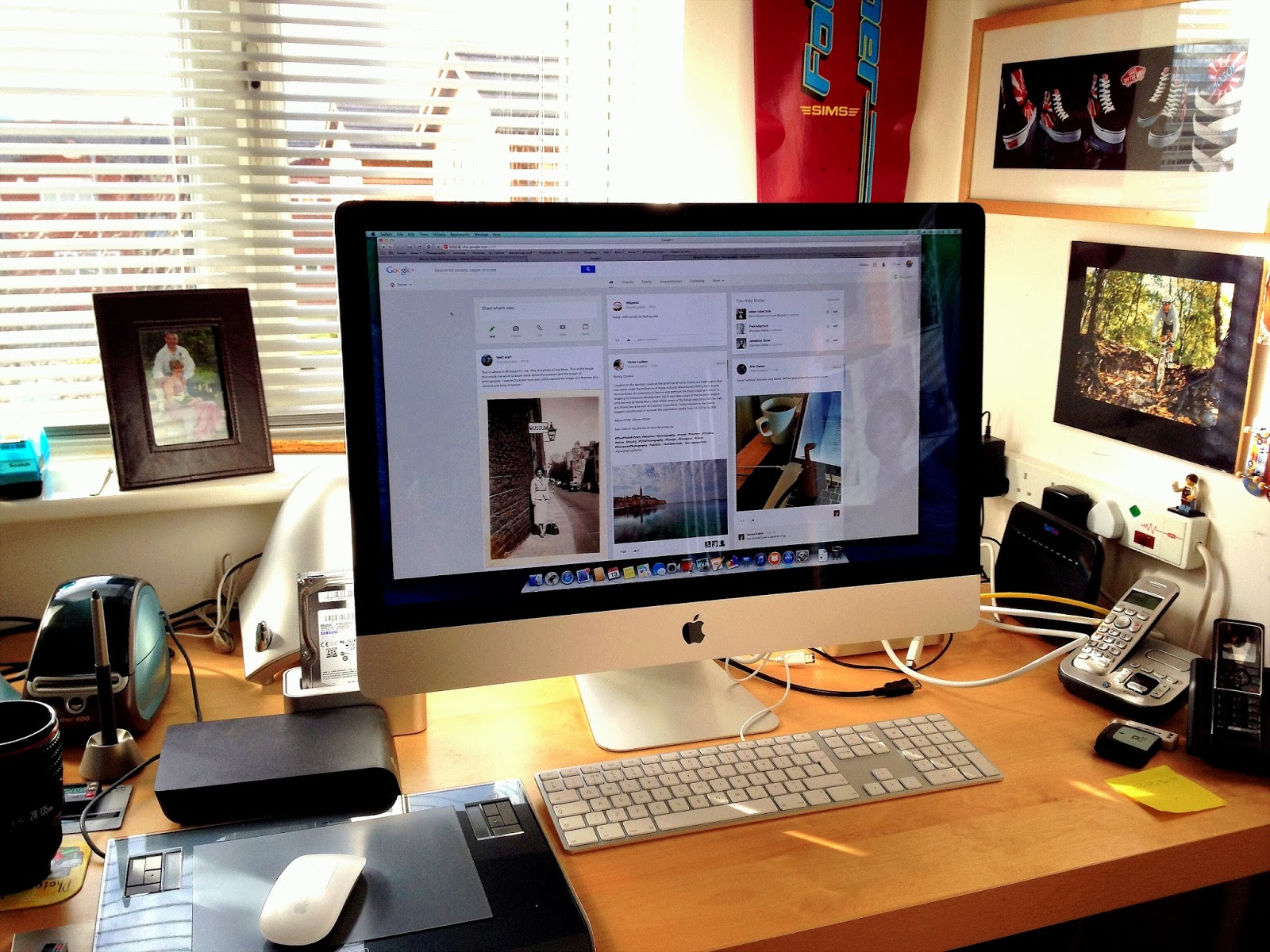 My MacPro died, 4 years old, it was a true workhorse, but life goes on and thanks too Jigsaw24 and Photolease, I now have a lovely new 27" iMac. It's now loaded up with all the software I need to get back to work, and I have a stack of work to get done...

Wait, so why am I blogging?

Around the country with 18 pharmacies... 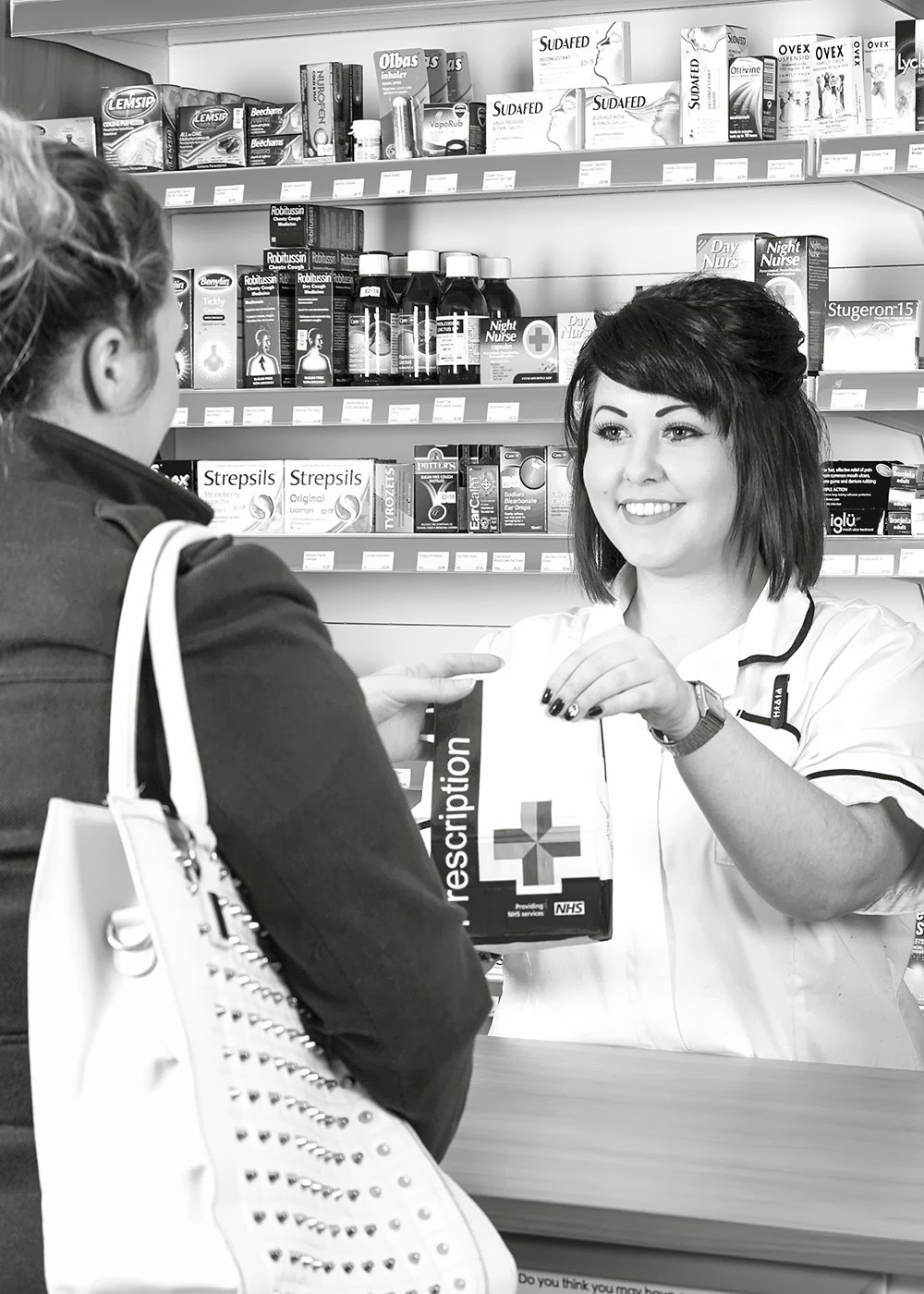 Over the last few weeks I've been running around the country shooting pharmacies, North, South, East and West, all points of the compass. It's meant a good deal of driving, about 1600 miles, by the way I hate you M25, sampling the delights of various Travelodge hotels, some recently refurbished and some not. Living out of a suitcase and spending much of my spare time recharging camera and Bowens travelpak batteries, and reading books to while away the time between shoots. I'm not going to tell you how many books I got through, I'm just thankful my wife bought me a Kindle at Christmas as I had enough gear to hump around with me without half a ton of paperbacks.

Equipment wise I had my trusty Canon 5D MkIII and 1Ds MkII, with the 17-40mm, 24-70mm and 70-200mm, lighting was provided by 2-3 Bowens 500w Gemini heads, most running off plugs sockets though I had travelpaks with me, as the pharmacies tend to be devoid of plug sockets in their reception areas, a pair of 60x80 Bowens softboxes and 7" and 9" reflectors acted as light modifiers. Tripod, stands, extension leads and gaffer tape also took up valuable space in the boot of the car. 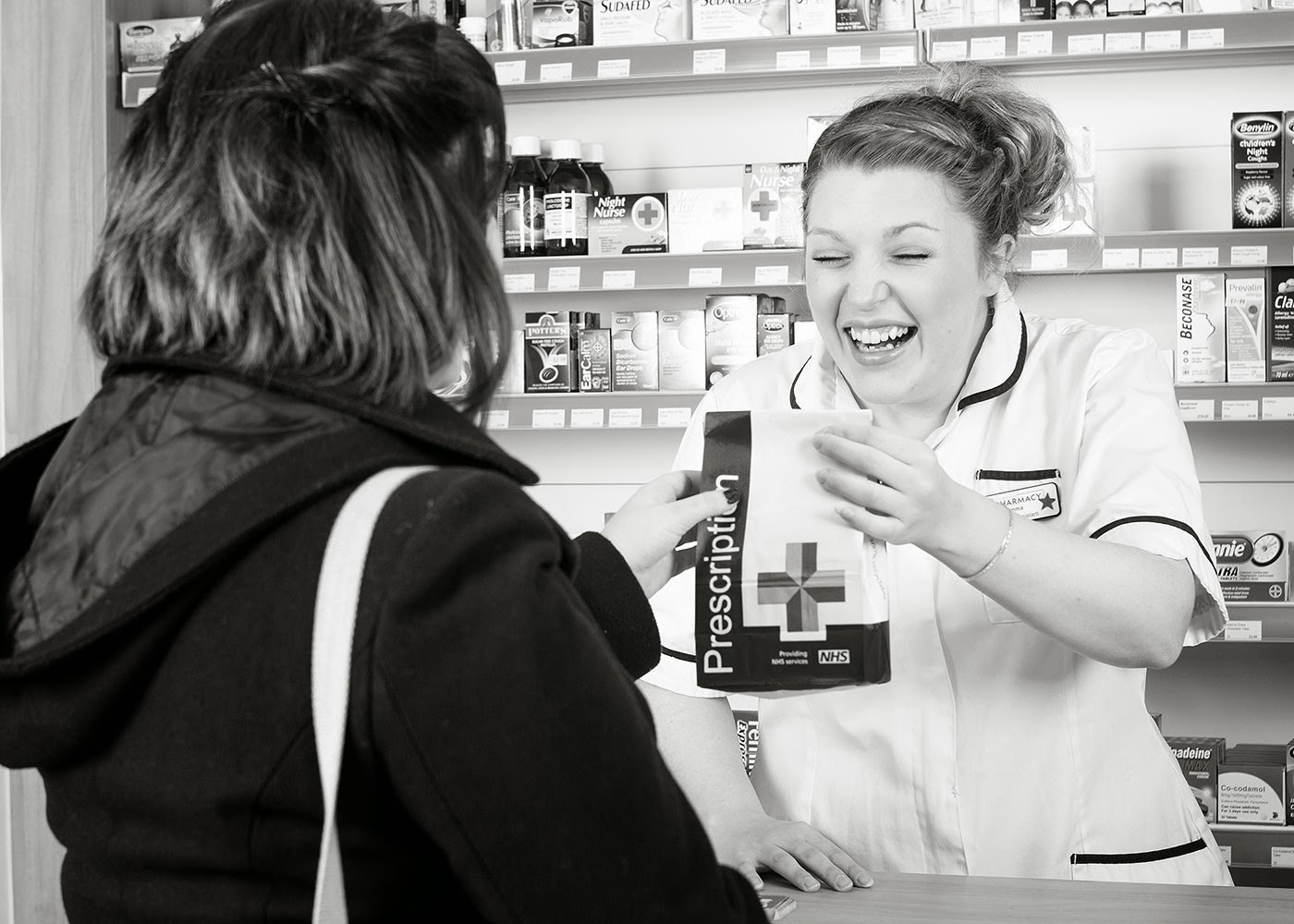 I've learned a lot about life in a pharmacy, it seems that at least half the population over 75 is on warfarin, that the pharmacy never has a quiet time, and that having your photograph taken at the counter as you are serving can take awhile as the person playing the customer keeps pulling funny faces. 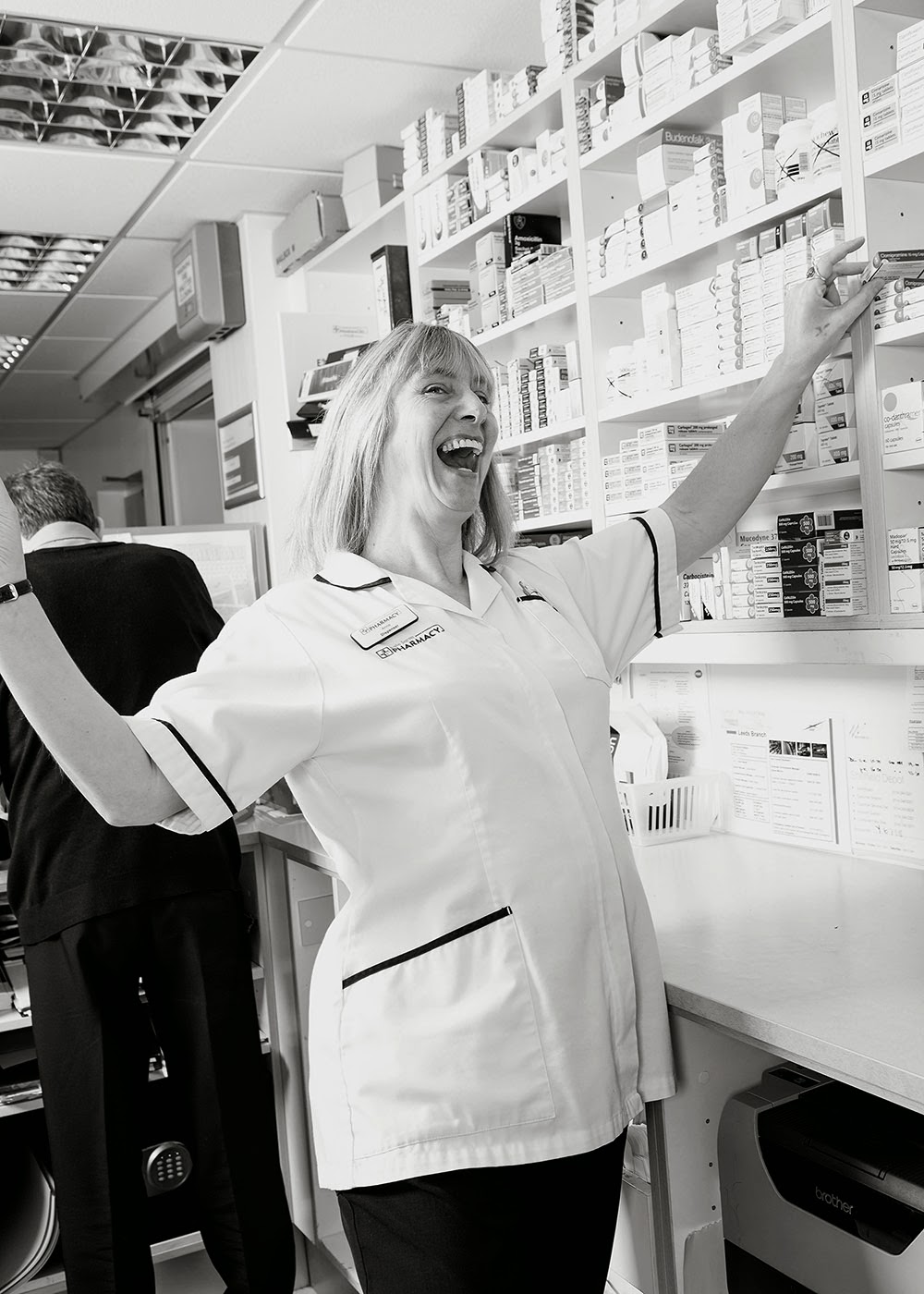 Or over doing it a bit, all I asked was if she could look happy picking the packet of tablets off the shelf, this was method acting gone to extremes. 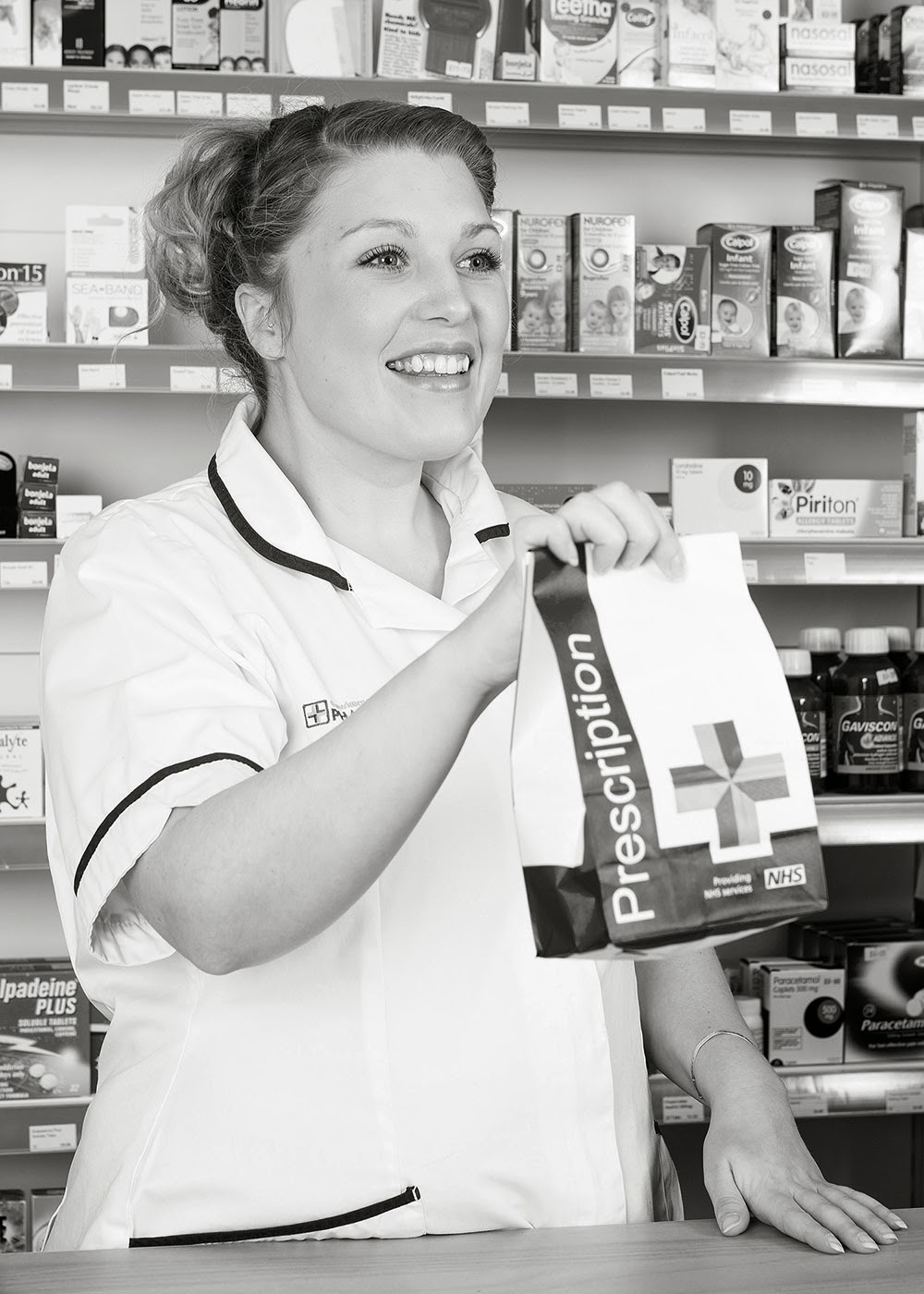 But when it goes right it can turn out well. Okay this took a few shots to get right, too much laughing going on. 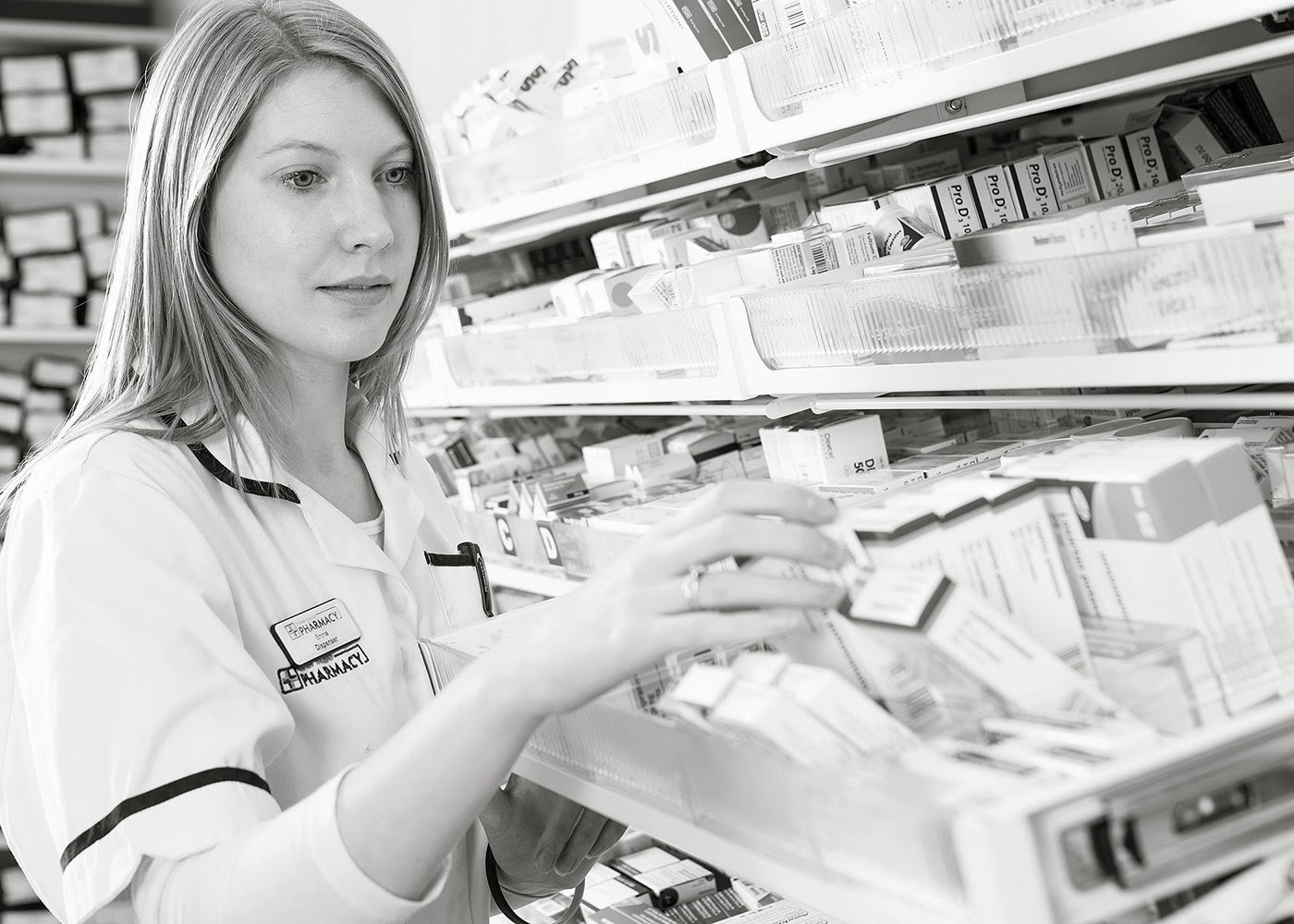 "Now just look at the products and smile, just a little one..." I know it must be hard smiling at a box of tablets, but the brief said happy smiling faces. 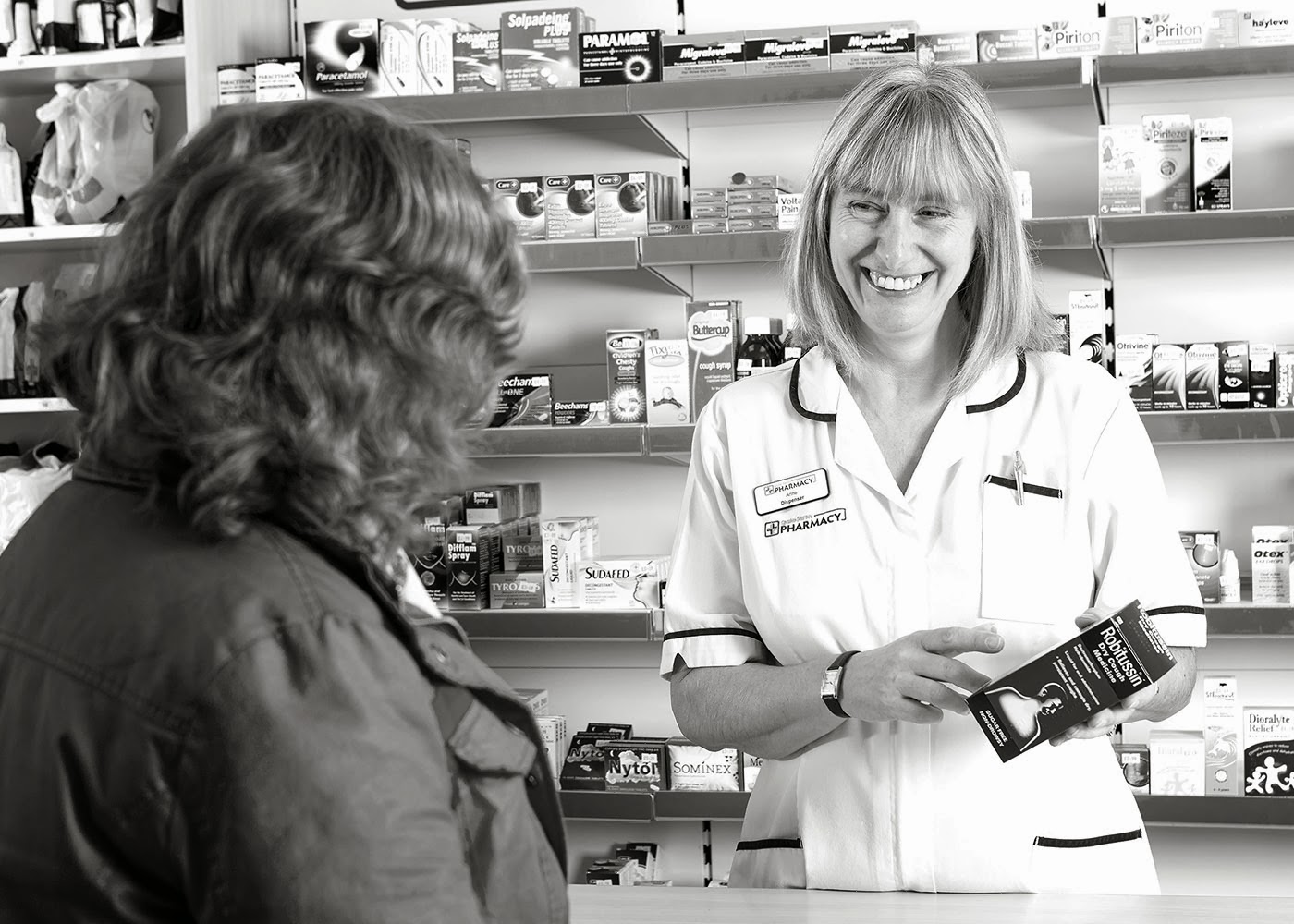 "No you can't have the usual 3 bottles of red wine a night and take this" was what I kept saying to get the smiles I wanted, you have to tease the smiles out of people sometimes, it doesn't always work though 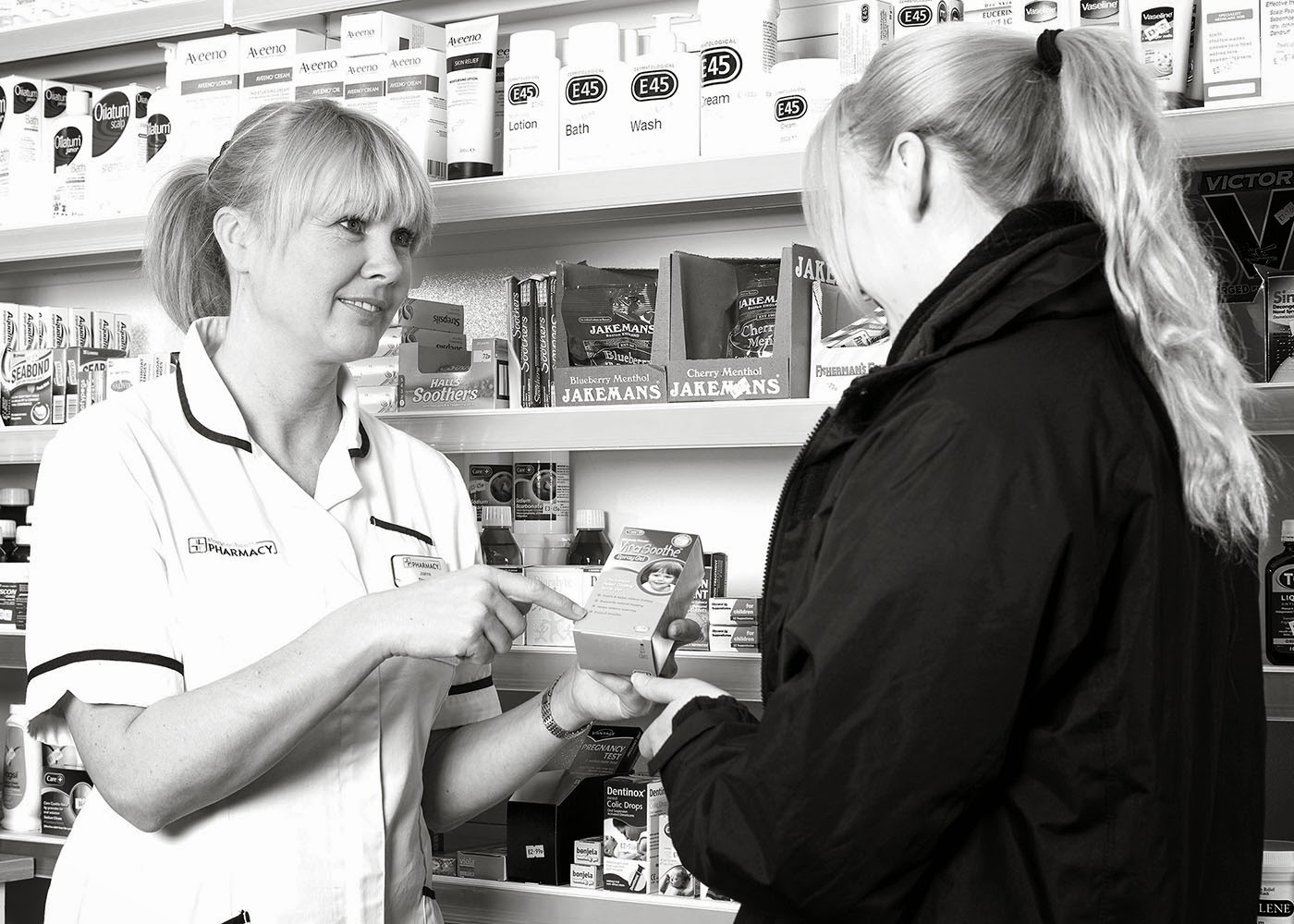 On the whole, apart from some of the nasty traffic congestion, it was a good series of trips, the staff at the pharmacies were friendly and most were up for having their photographs taken, not all of course but that's to be expected.