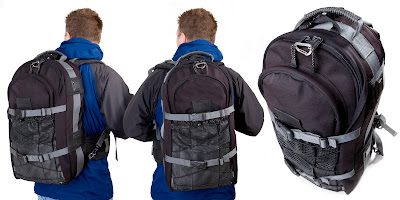 Working on a Sunday! Just been finishing off some images for a Security company. An unusual image of a Karabina being used as a anti-theft device on a handbag and a rucksack, the Karabina clips the zip pulls together so no-body can go rummaging in your rucksack if you've got your back to them. So I set up two Bowens 500 heads, one with a beauty dish, the other a 100mm x 70mm Redwing softbox, using just the interior baffle. The softbox was camera left, the beauty dish camera right and about 45º to the background, which was a Calumet 107 cm x 198 cm Light Control Panel with a White translucent cover. The Canon had the trusty 24-70 mm f2.8L lens and was fitted with a 16 channel remote release, I stepped in as the model, thankfully it was just a shot looking from the rear. Pressing the remote lightly activates the autofocus on the camera and then pushing the button all the way fires the shutter. It's amazing what you can do on your own these days. 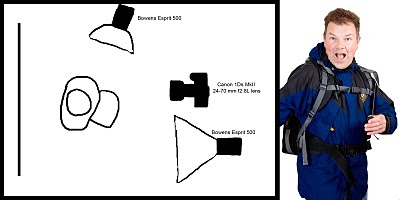 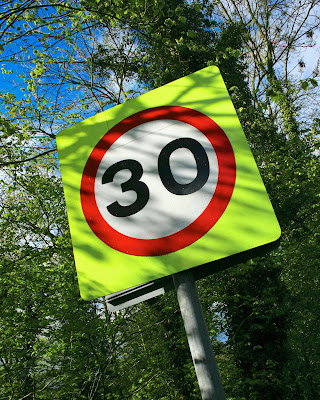 So it's been a little bit slow so far this month, I've been finishing off some kitchen location photography, still have a few sites to do, but that's existing work nothing new has appeared, till today! So the phone rang and mail let out a ring, the call was a job, much nicer than having someone trying to sell me ad space I don't want, the e-mail was also a job in Manchester, though it's not happening till the 21st. It's not going to keep the wolf from the door but it all helps, I suppose I've been pretty lucky since November I've been really busy, non stop, but now I get a few slack weeks and I begin to panic. Panic over the phones going again.
at May 05, 2010 No comments: