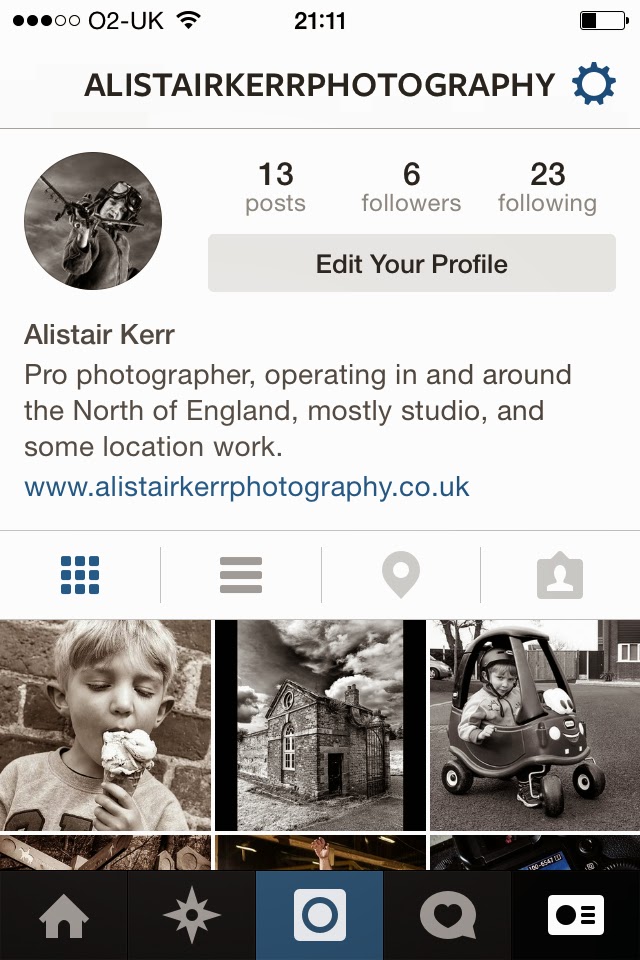 So summer has arrived... Maybe. 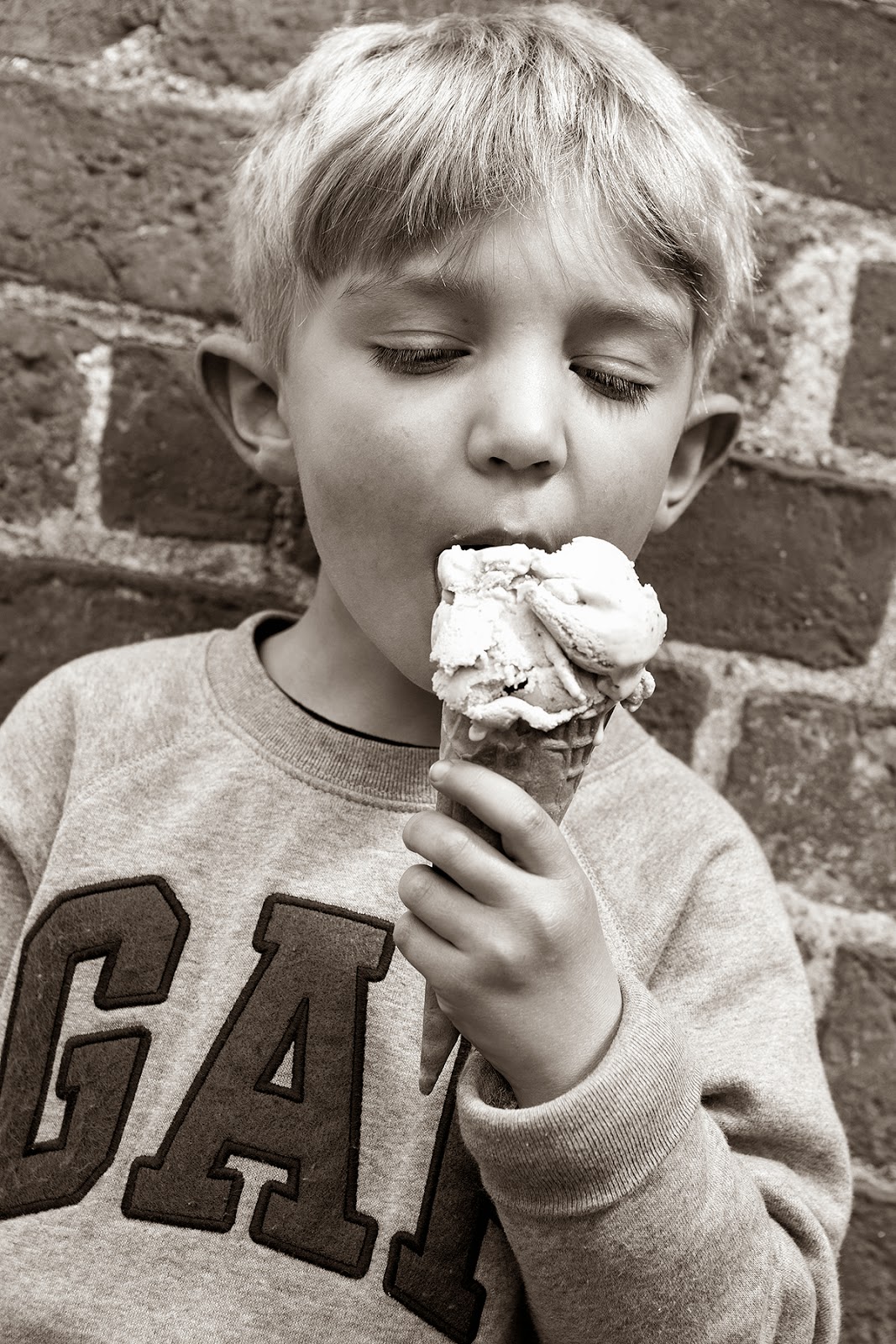 So how we can tell that summer has finally arrived, because ice cream is being consumed outside rather than in the warmth of the house. We are also getting treated to more summery skies. Though not today, or this week, rain forecast till the weekend. This kind of mucks up my plans, I have a load of exterior lighting to photograph, has to be wall mounted, has to be done in the dry. So I have my fingers crossed that next week does bring a ray of sunshine, and my kids will probably want more ice cream too. 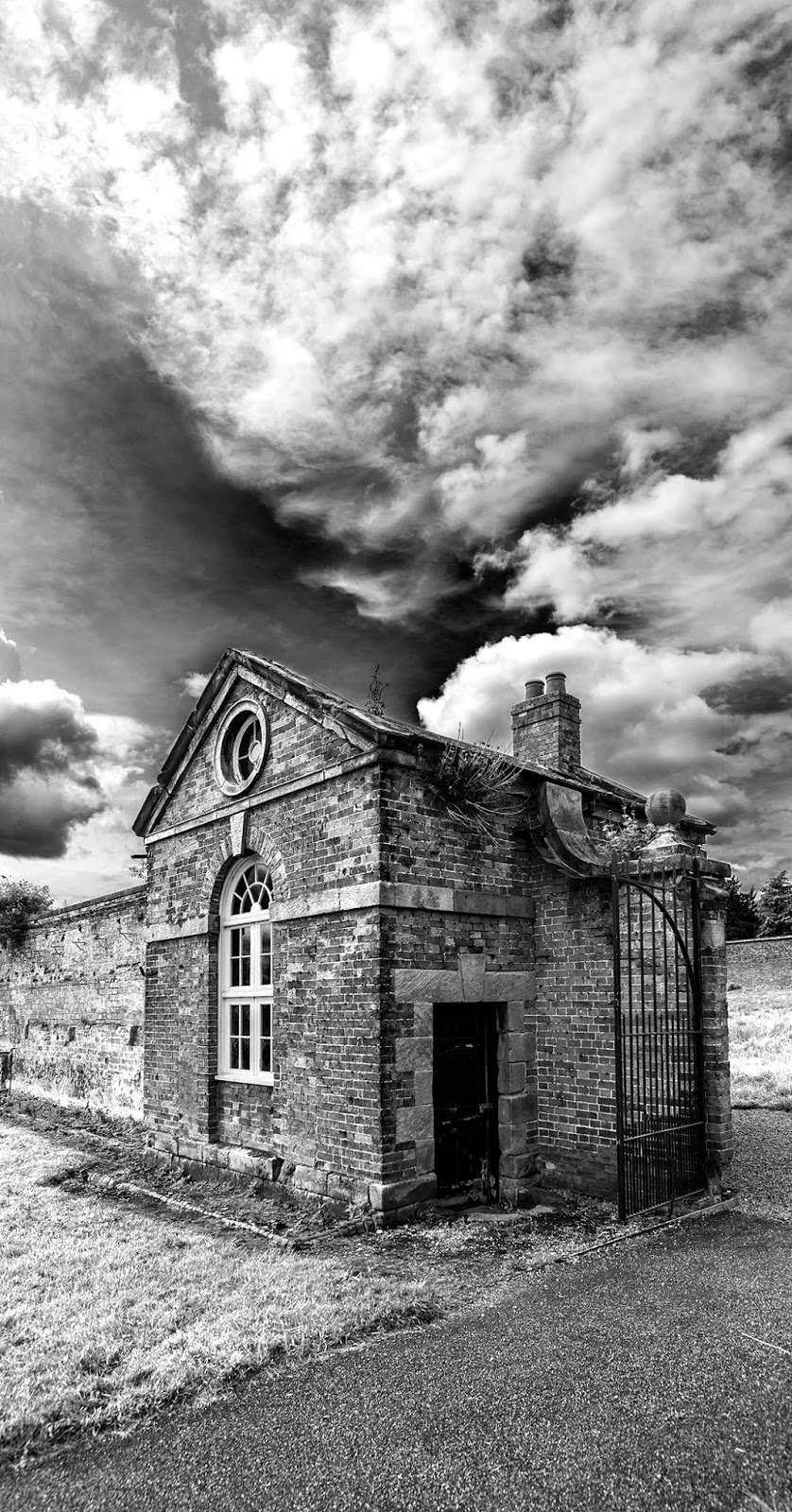 So take one child, a toy tin aeroplane, a flying hat, and some goggles...

So take one child, a toy tin aeroplane, a flying hat, and some goggles, then make him stand on top of two apple boxes, surround the child with lighting from various modifiers, lay down on the floor and take a picture. Ideas always sound so simple. 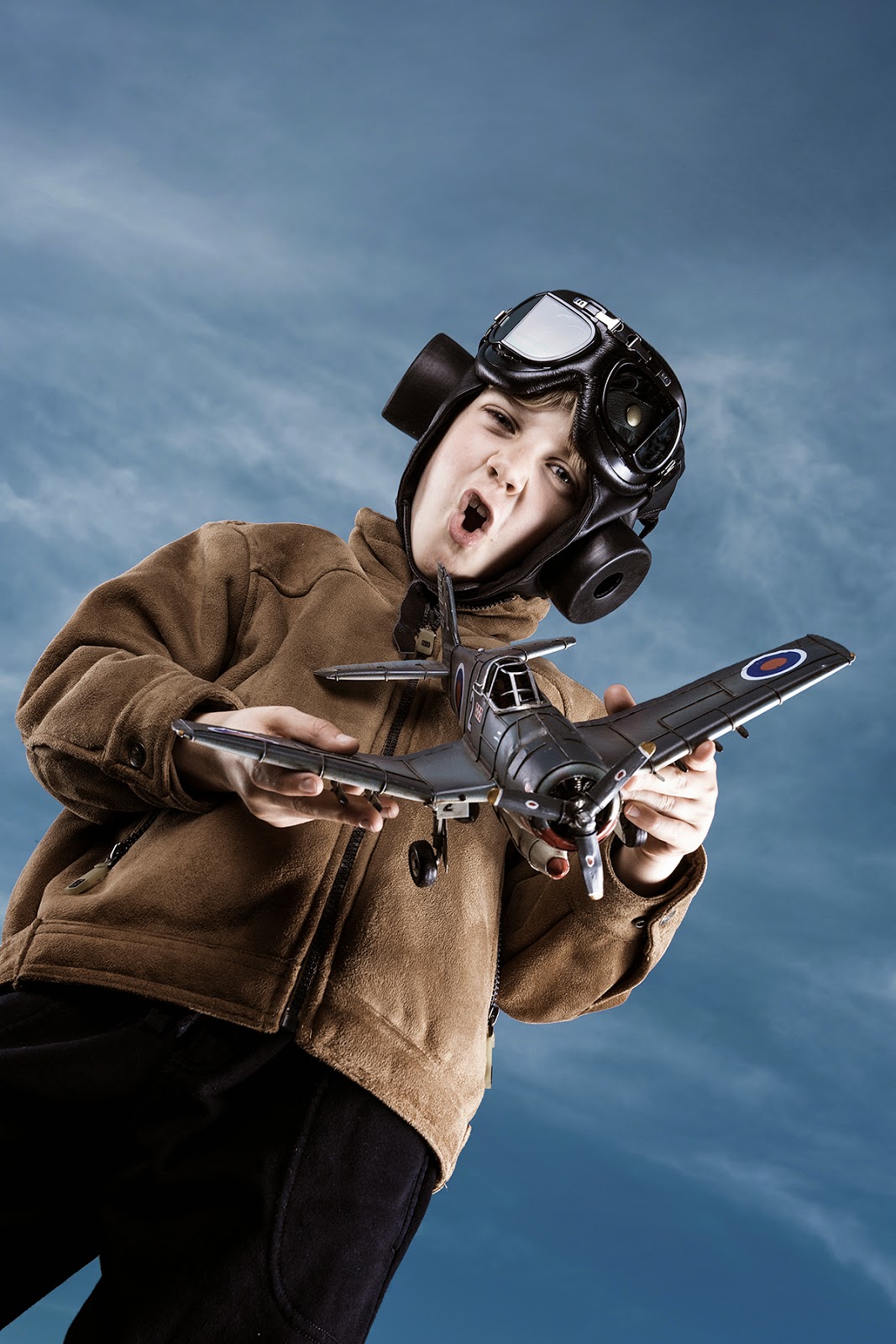 I know I've already posted information about this shoot, but now I've added a lighting layout, so you'll just have to put up with it again. Two Bowens 500w Pro heads were placed either side of the model, pointing slightly up at about 15°, these were both fitted with 30cm x 140cm stripboxes with fabric grids, set to 1/2 power. A Bowens 750w Pro head was set level with the model to camera left, this was fitted with a 90cm Octa-softbox, it was set to 1/4 power. The background was provided by mother nature, she seemed particularly generous the evening of the shoot, the sky was blue and streaked with wispy high cloud, most of the week leading up to the shoot was dull, grey, and usually accompanied with lashings of rain, well it is summer here in the UK. 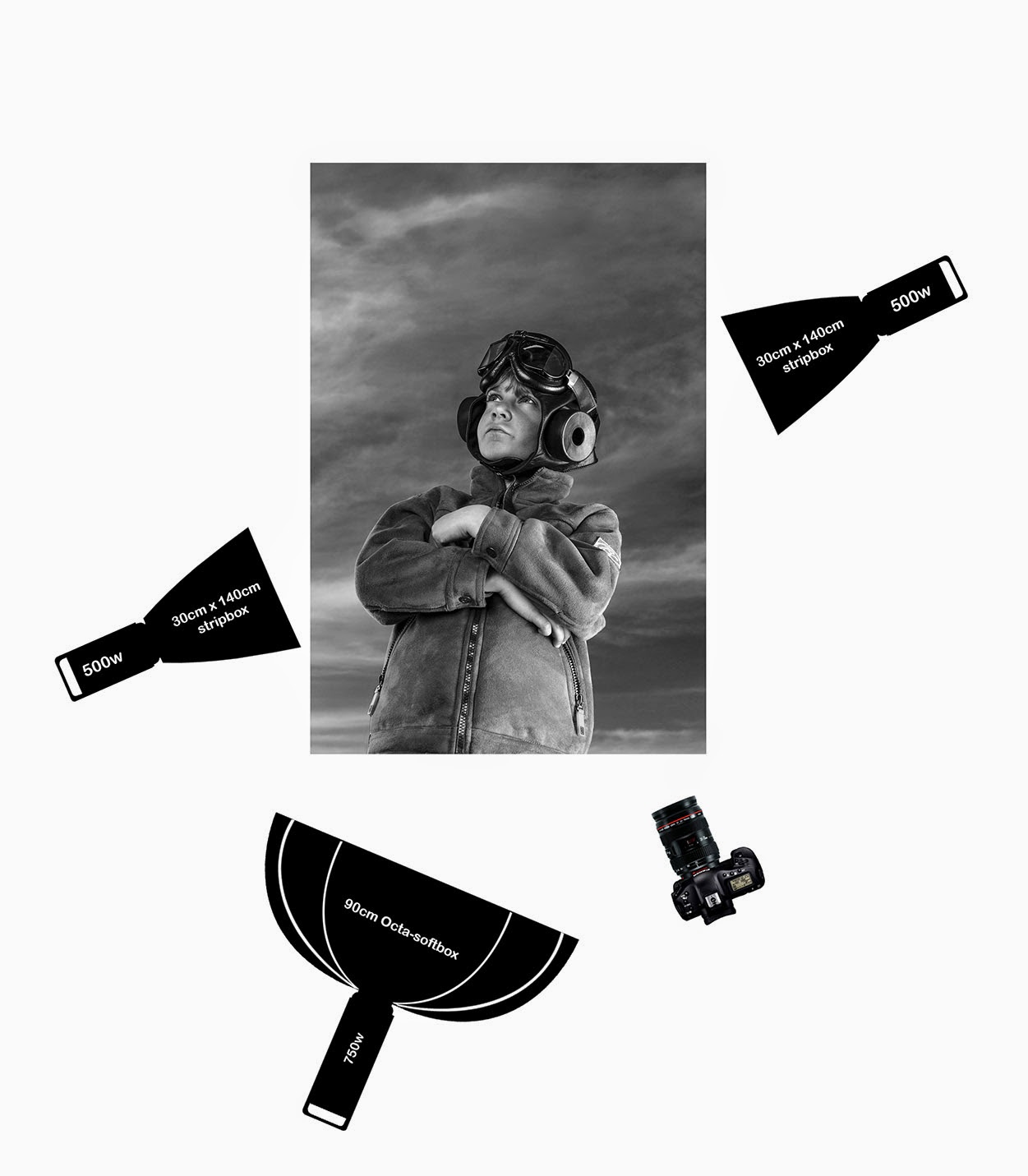 For most of the shoot my model performed brilliantly, though had to be reminded to "NOT LOOK AT THE CAMERA!" a few times 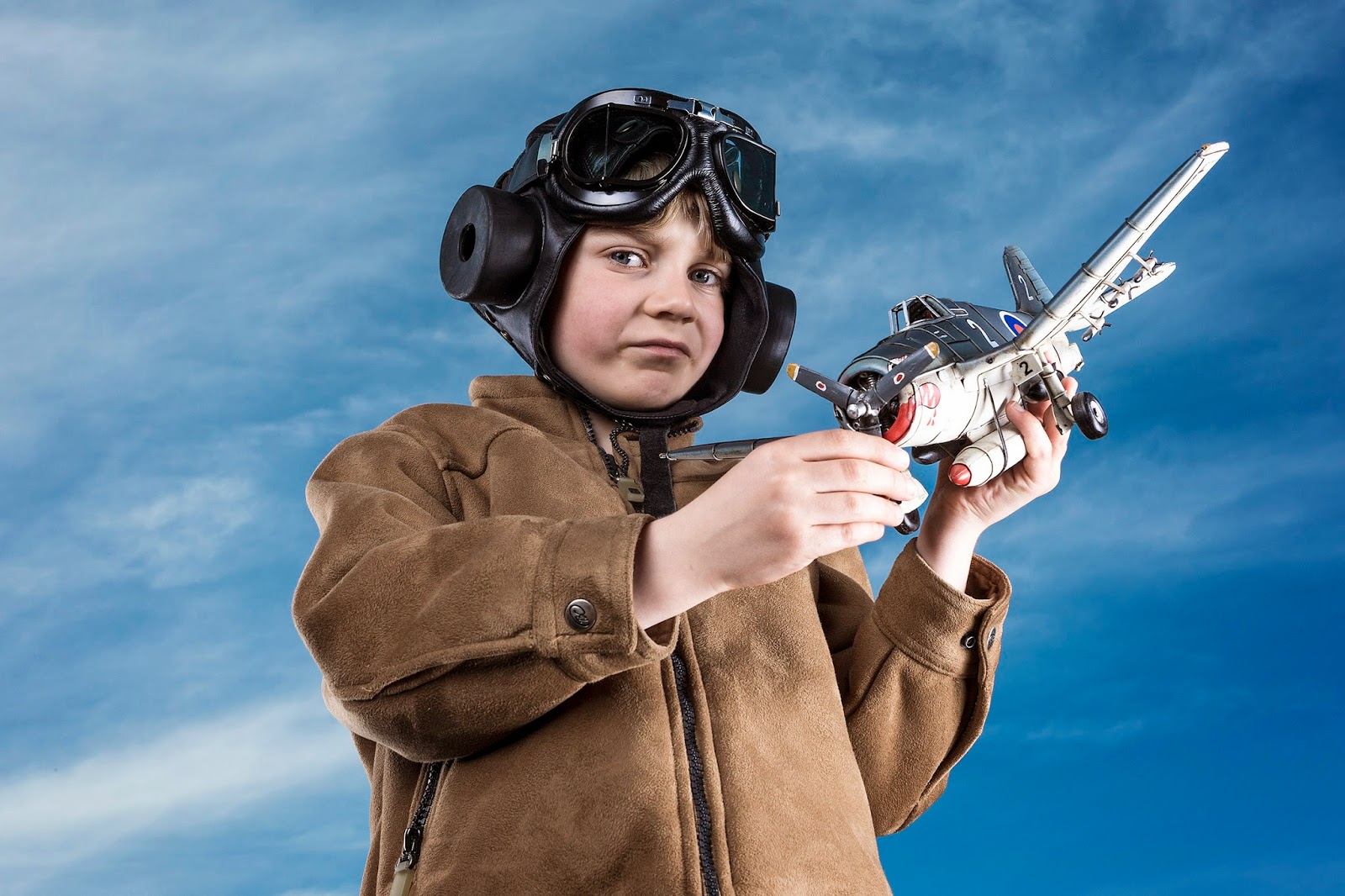 All images ©2014 Alistair Kerr, no images to be published or printed without written permission. So keep those paws off the copy and paste buttons folks.
at June 02, 2014 No comments: