These images go back to 1983/4 I think, at the time I lived in Frome in Somerset, yes where Jenson Button comes from, no never met him. Back then the nearest skateparks were in Bristol, Bedminster and lockleaze, lockleaze consisted of a deep bowl with between 3 and 5 ft of vertical and a tight capsule halfpipe, it was also in one of the dodgiest areas of Bristol. The pictures below were taken at Bedminster, it's changed a lot since these picture were taken, probably for the better. 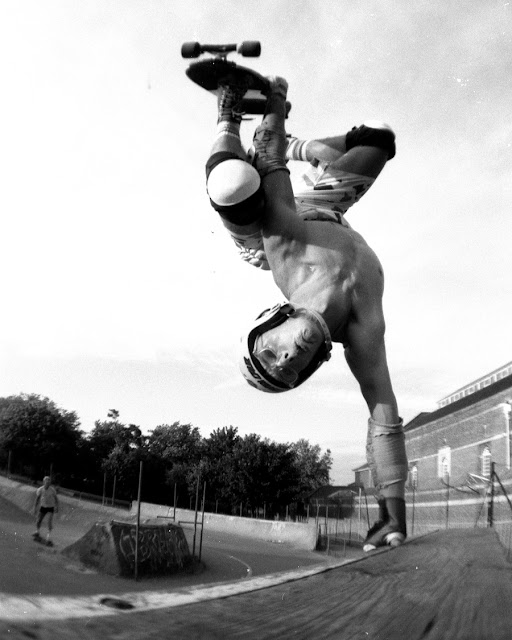 This is Dave 'Spex' Agg, he was one of the hardcore locals, with a huge bag of tricks that he could throw down on any given day, Dave was always performing for my camera. Invert Air. Most of the riding went down on this metal quarter pipe, the run into it was a steep slope made from pathing slabs, the rest of the park was either very mellow or completely useless. 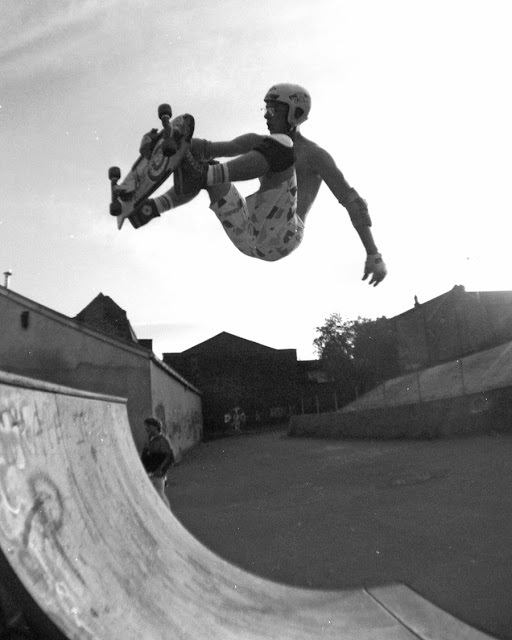 The park was a throw back of the late 70's skatepark explosion, built by people who hadn't a clue about skateboarding or skatepark construction, but who built them anyway. Dave Agg, frontside air. 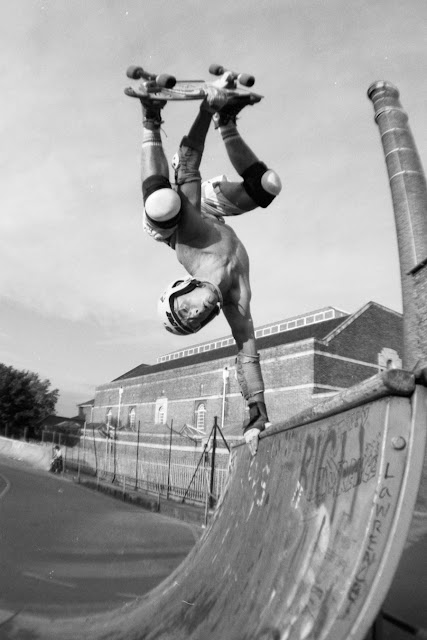 These were taken on one of those days when hardly anyone turned up at the park, there were damn few skaters then, as the craze had passed and the death of skateboarding had already been proclaimed at the end of 1979. We kept skateboarding, we loved it, we really didn't give a monkeys what people thought or often said to us about our 'toys'. Dave still skates, he must be in his mid to late forties, his son skates, I know of a few others from that time in Bristol who never truly put away their toys.
at February 26, 2013 3 comments:

More shots from the scanner - skateboarding 1987

More images from 1987, but this is all folks, nothing left to scan 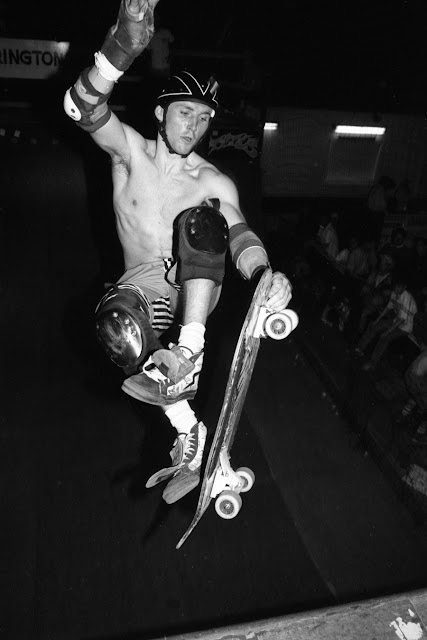 So we start off with Sean Goff, he's down at Bondi Australia this weekend waiting for the rain to stop so he can compete agains the rest of the Masters at the Bowl-A-Rama . 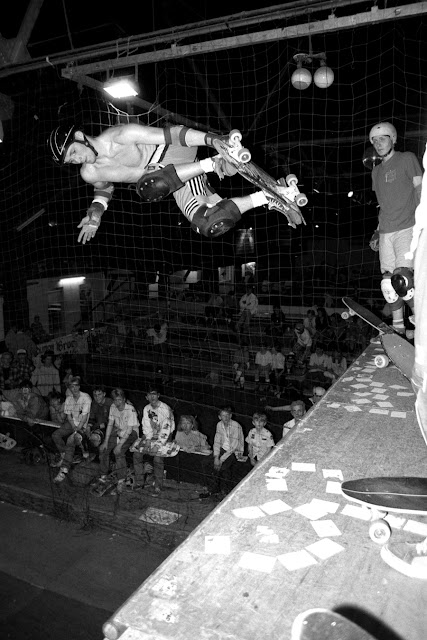 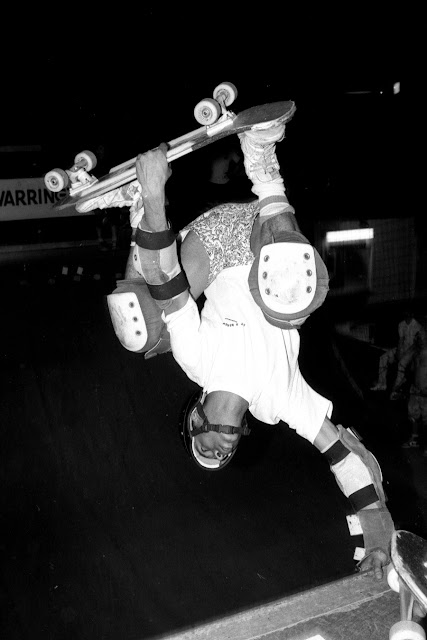 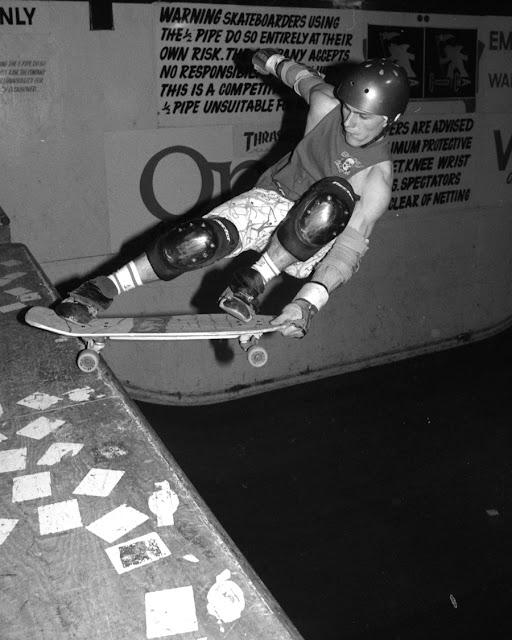 Hate to say I've no idea who this is, old age is playing tricks on my mind. 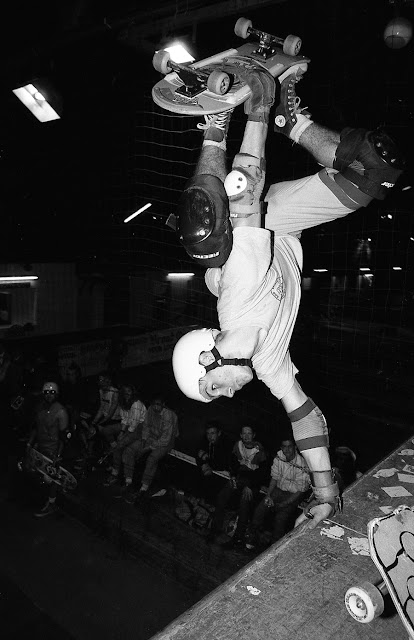 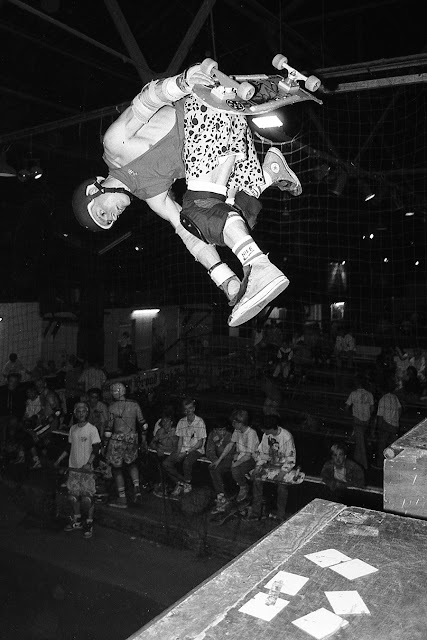 Failed backside air over the channel 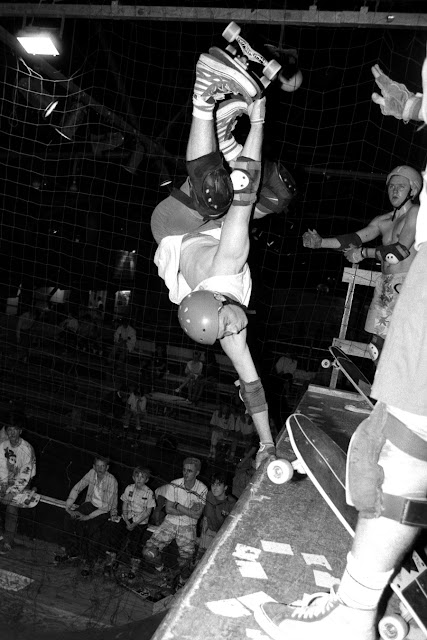 Finishing with Phil Burgoyne, invert
at February 23, 2013 No comments:

And continuing on the scanning theme...

As I have been scanning some old film shots for a Mountain Bike article, I thought I'd flick through my old B&W film negs and see if there was anything worth posting here... Warrington, England, 1987, the Easter Egg Plant Competition, the cream of British skateboarding was in attendance and I was lucky to be up on the platform of the half-pipe with a Nikon full of film... 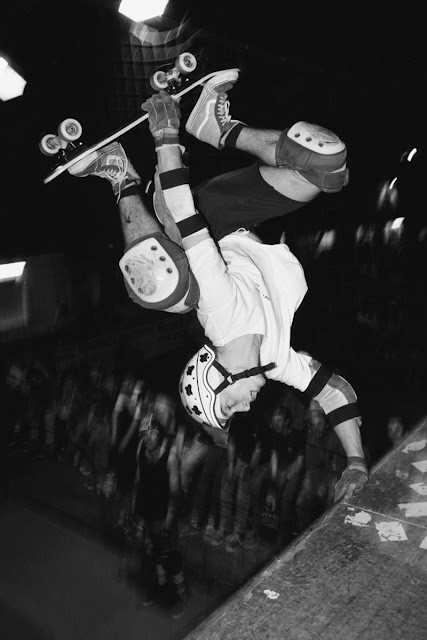 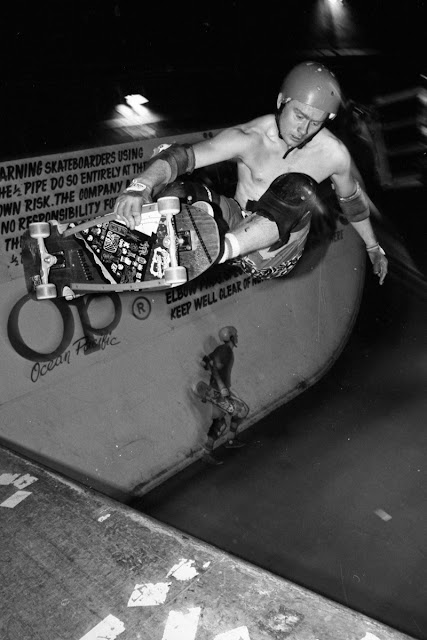 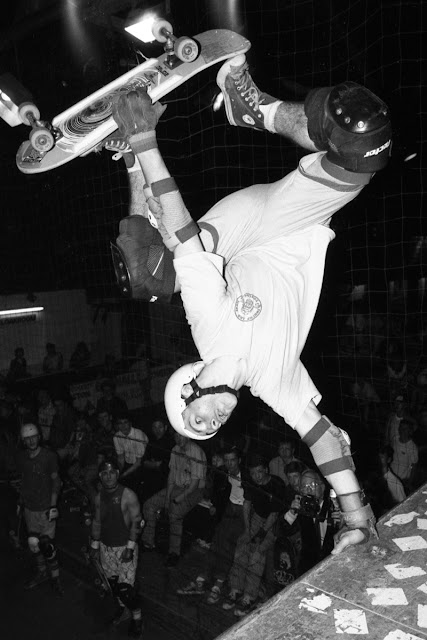 Not sure who this guy is, great invert though 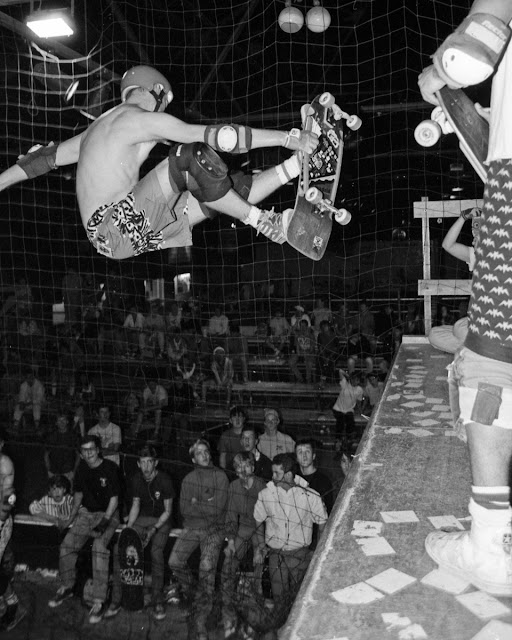 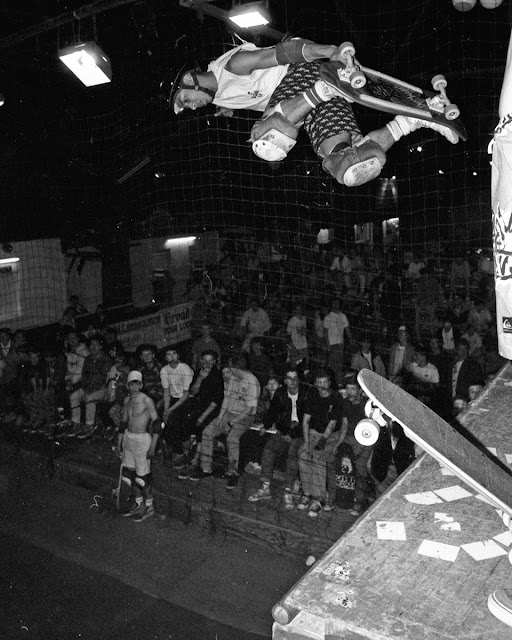 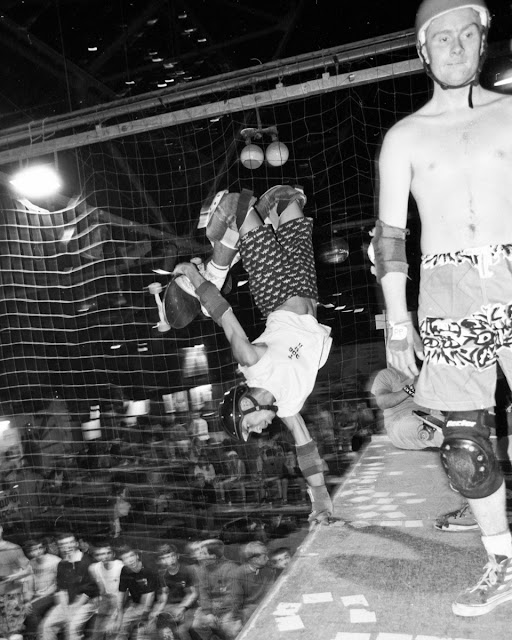 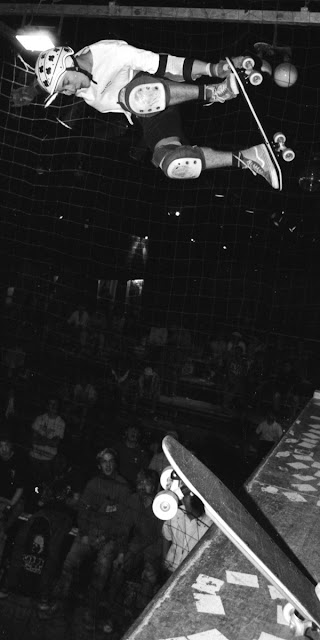 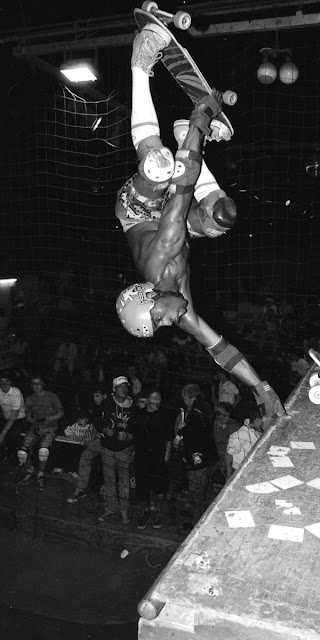 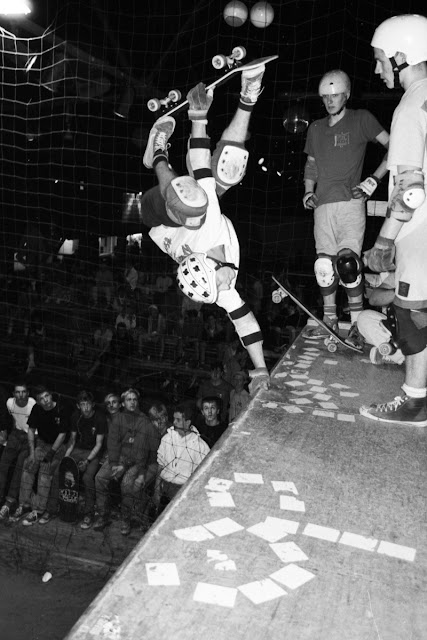 Finishing with Danny Webster, anti-smith invert.
at February 21, 2013 No comments:

Just as well I've still got a scanner... Errr or have I? 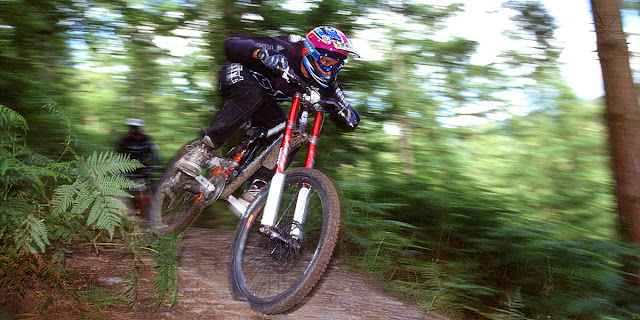 So I get a request in a text message from a guy I used to collaborate with for articles in Dirt Mountain Bike magazine, could I supply some images from way back when, 1999-2002, of him downhill racing. He's doing an article for online mountain bike magazine WideOpen Mag and needs a few images to fill it out with. 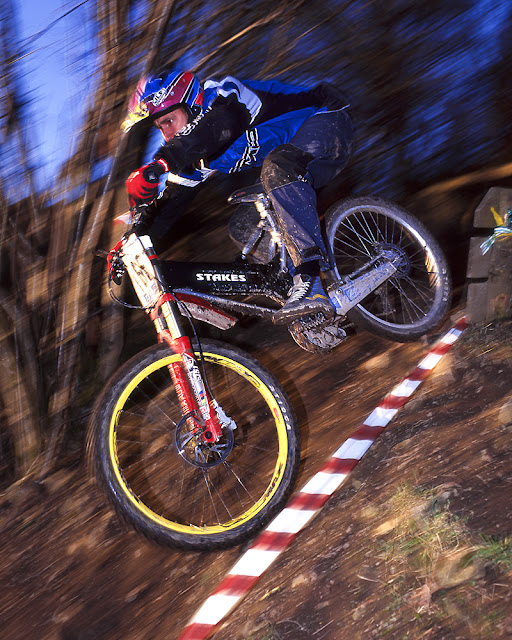 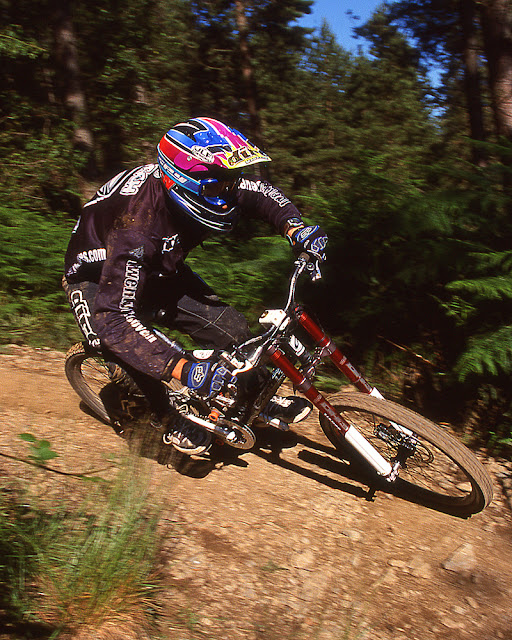 I suddenly realised that far back all the images would be on 120 and 35mm transparency film, luckily I've got everything boxed up and in date order, still it meant going through several boxes filled with sheets and sheets of transparencies. It also meant a trip up into the loft to find my old light-box, luckily the tubes were still working, found my linen tester (suspended magnifying glass) too. Now I don't know if you are familiar with Downhill Mountain Bike Racing, but every rider wears a full-face helmet, goggles, body armour covered with race shirts, picking one specific rider out from the 300+ competitors that I used to photography at the race events was a bit of a tall order. Still I found 12 images. Only one problem, no scanner! At least no scanner that would work with the newer OSX software on either of my Macs, to the rescue my Dad, he's got an Epson Perfection V500 scanner with a transparency hood, saved. 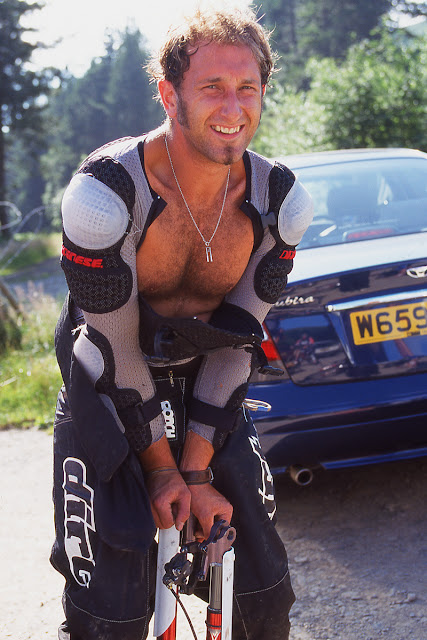