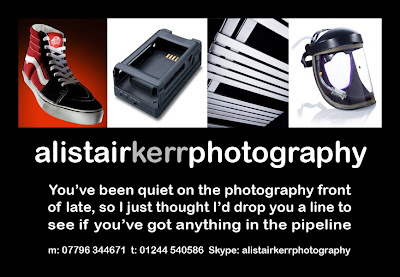 ...get on the phone and call your existing clients, just on the off chance that they have some work waiting in the wings. Today is just such a day, as well as calling I've been sending out an e-mail mailer to clients that have been inactive for over 6 months. The result, two jobs for next week, another for the week after and a few jobs coming in over the next two months. If you don't try you don't get!
at March 30, 2011 No comments: 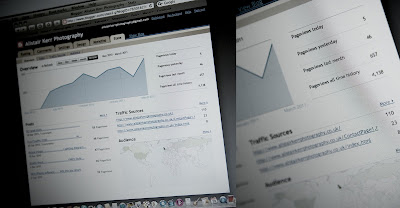 Well whoever you are, thank you, the traffic to the blog is steadily climbing, so I must be doing something right. I'm hoping to keep up a more steady posting regime with more titbits from my weekly activity. Unless I'm to busy, or I forget!
at March 29, 2011 No comments:

Finally British Summer Time heralds the arrival of longer days, brighter skies, warmer weather. Though not today, it's very grey, cool and misty. Oh well fingers crossed that's not going to last to long, I hope to really get started on my personal projects now. Happy picture taking people.
at March 27, 2011 No comments: 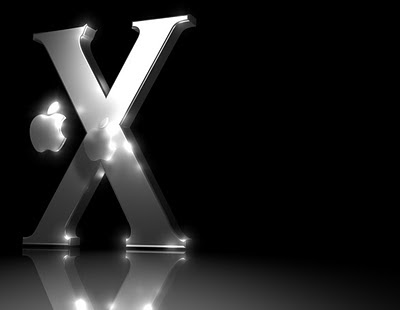 Ten years ago Apple changed the look and way that their operating system worked, OS 9 development stopped and OS-X was the new kid on the block. The first incarnation wasn't that great, it was buggy and it required a quick update that arrived six months later. Since then it's got better and better with every major update. I've been using it ever since I bought my first iMac (I've still got that lovely Blue 450 GHz iMac in the loft- it still works) and if Apple keep making software that works so well and makes my working life easier I'll continue to use it. 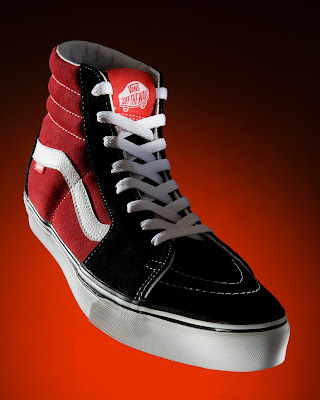 I've had these Vans shoes in the wardrobe for a couple of months, bought them in a sale at the local Vans shoes shop. I didn't buy them to photograph them but I was looking at them the other day with just a desk lamp lighting them from behind and I felt I had to replicate what I was seeing using flash heads, or as it turned out flash head. 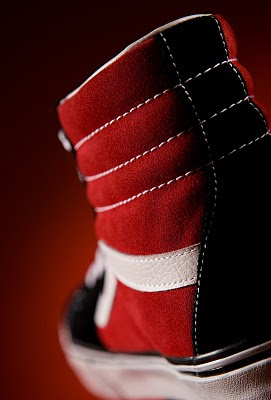 I set up a grey background and used a Bowens 500 Pro head with a 7" reflector and a 30º grid with a red gel gaffer taped to it to light it. The shoe was placed on a stand with a Manfrotto studio clamp attached so the shoe had a stable platform to sit on. The shoe is filled with socks to bulk it out a bit otherwise it could have looked a bit flat. 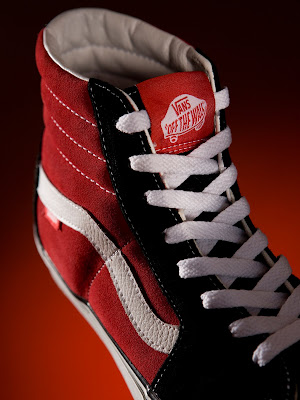 The main light came from six feet away, six feet up and at an angle of about 30º to 40º from the front of camera. This was another Bowens 500 Pro head mounted on a Manfrotto Aluminium Senior Stand with casters, the head had a beauty dish with barn doors to control any spill. For many of the images I had the lights at almost their lowest settings as I wanted a very shallow depth of field, about f5.6, except for the shot at the top of the whole shoe which was shot at f18. Only one light was used to illuminate the shoe, a piece of silver card was used to reflect light back into certain parts of the shoe. 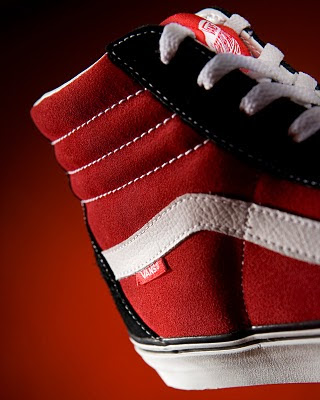 Sometimes it pays to play with lighting set ups and make a note of how you've achieved certain images, you never know when you'll get a product in that would look good using a particular set up. Just remember to make a note of everything, distances from lights to object, to camera distance, what grids or light modifiers you've used, f-stops, etc. I've got a heap of note books that I've filled with lighting set ups, even of ideas that haven't worked to well, you can always come back to the ideas and refine them. 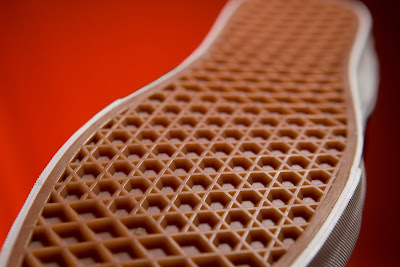 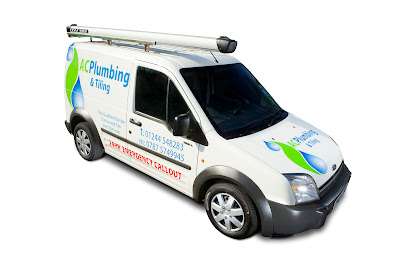 This is a van belonging to my neighbour, he's a tiler and recently qualified plumber. The vinyl was applied a couple of weeks ago and my neighbour asked if I could do a quick shot for some flyers he's going to get printed. So where do the fish and chips come in I hear you ask, well my neighbour also has a very good fish and chip shop, has the penny dropped yet? We have come to an arrangement over payment for the image, it'll come with salt and vinegar, curry sauce too if that takes my fancy.
The van was shot on his driveway, using the wonderful sunshine we experienced here today and a Bowens 750 Pro flash head with a beauty dish set at full power, a small canon speedlite was used to light the tyres and help fill in some of the darker areas, the resulting 6 images were dropped onto each other in layers in Photoshop and the unwanted portions of the image were erased. Then the layers were merged and in Selective Colours the red, blue, green were adjusted to bring out the colours of the vinyls. I used a cut-out to drop the background of the driveway and put some shadow effect around the bottom of the vehicle and around the tyres so it didn't look like it was floating on a white background.
That'll be cod and chips twice, two sausage and chips for the boys, now do I want curry sauce? 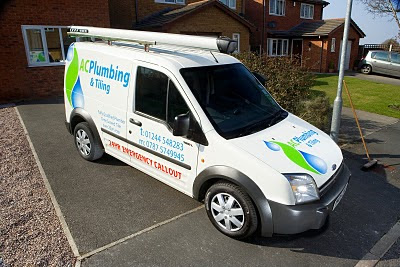 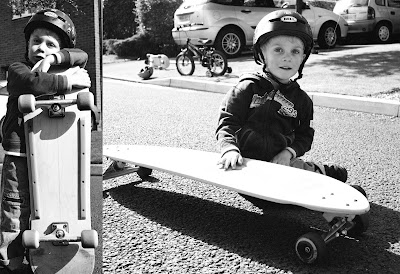 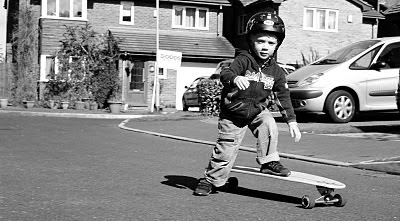 Finally got around to playing with the old Rolleicord again, again my eldest lad was the subject of the photographs (my youngest was having a nap at the time). It was out with the skateboards, helmets, a light-meter, two rolls of Fuji Neopan 400 and of course the Rolleicord. I knew I wasn't going to get the best action shots in the world from the camera, but that wasn't really what I was after. If I'd wanted action shots then the Canon 1Ds MkII would have made an appearance. I like this set of pictures, one, because my son is in them, two, because we had a lot of fun doing them and three because you can slowly see the energy draining out of my son, he had a good old rest after these were shot, it gave him a good appetite for his dinner to. 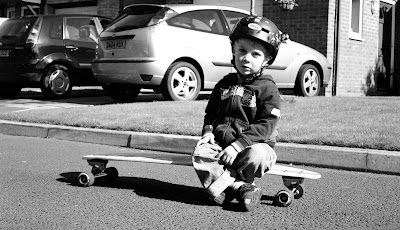 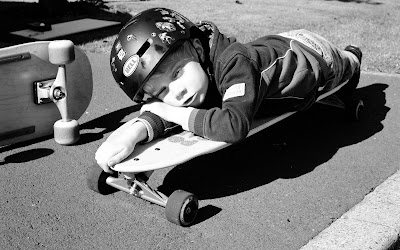 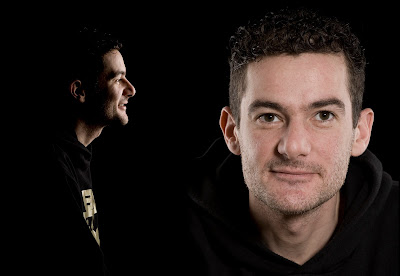 This is Arwyn Hughes, he's a DJ, spends most of the year travelling around the Mediterranean and Greek Islands, living the life and playing the music he loves. Brief, simple head shots.....

...... onto this blog from far and wide. Now don't deny it I've seen the stats, it can't just be my family and friends checking out the blog, pretty sure I haven't got relatives or friends in half the places that are popping up in the audience stats. So if you see this whilst you're flicking through your blog list, or are just bored and are surfing through any old junk you find out in the www, come say hi, comment, good or bad, I can take criticism (probably), tell me what you want to see, what you don't, whether the blog bores the pants off you and you'll never view it again in a million years. It wont hurt you, you don't know me from Adam.
Go on give it a shot.
at March 12, 2011 No comments:

Project Skateboarding off and running.........

So what's else am I going to be working on? Well I'm looking at fitness images, training, weight work, that sort of thing, funky angles and lighting. Just need to start setting it all in motion. Watch this space.
at March 11, 2011 1 comment: 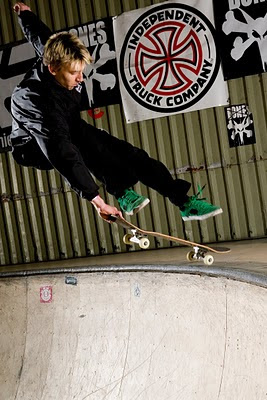 Finally started my skateboarding project, these images are really just tests to check that my Bowens 500 and 750 Pro heads will freeze the action, they were taken at Ramp City skatepark in Blackpool last Saturday evening. I've got to thank the guys for putting up with me, I think the sentence 'Okay but can you do that trick again' will be ringing around the ramp area even now. 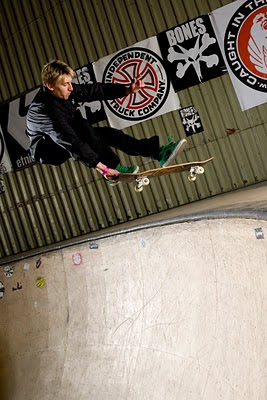 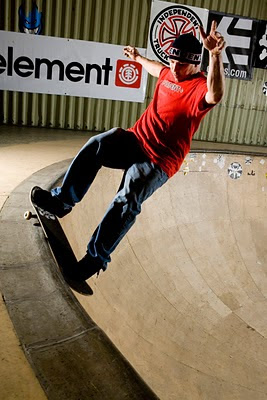 I also took some images with Canon speedlights, these were shot on the highest halfpipe in the country, I've been skateboarding for over 30 years and just looking down from the top was a little scary, but I'm getting old so that's my excuse. 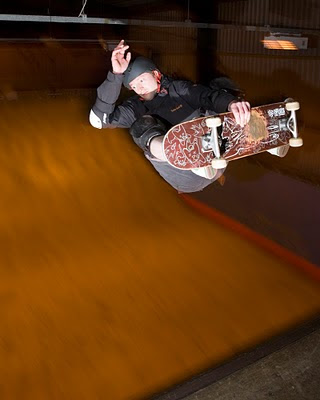 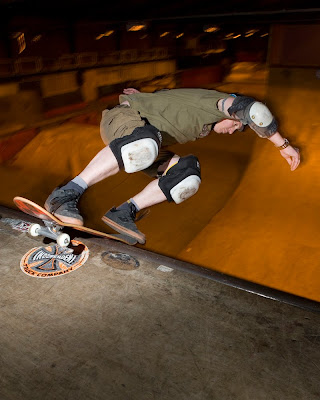 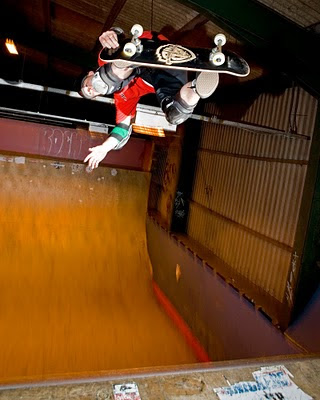 Well I think I'll be giving Focus-on-imaging a miss this year, there isn't any gear that I'm desperate to look at , I'll be in Blackpool photographing skateboarders till midnight on Saturday and wont get home till nearly 2 am, so wont feel like a trip down to Birmingham on Sunday morning. I'm tied up with work and meetings Monday, Tuesday and Wednesday, so I think I'll start looking forward to Focus-on-imaging 2012, Canon and Nikon might have released their new pro model cameras by then, they do seem to be dragging their collective feet as far as pro models are concerned, they are probably both working on a competitor to Fuji's X100 which seems to be in a class of it's own at the moment. I'm not the only one giving the show a miss this year, Canon have cancelled their space at the show, so there will probably be Canon roadshows all over the country this year so we can get to play with all the toys.
at March 01, 2011 No comments: