Today was going to be a film day... 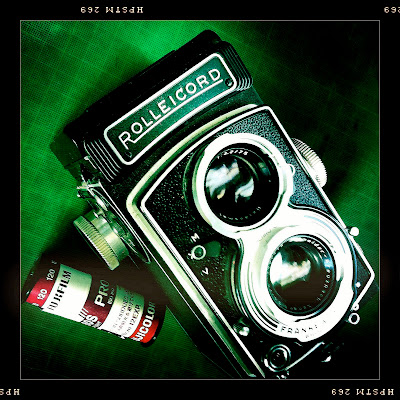 ... but the weather so far today has been shocking, torrential rain for nearly an hour, it's only just starting to brighten up now. So instead of going out to play with my Rolleicord and Nikon FM I'm sat in front of the computer working on the images I took during Whit week. We went down to Norfolk, we spent most of our time on the beach or bizarrely riding on miniature railways, we did the Dinosaur Adventure too, which was fun, my youngest lad roared at all the inanimate dinosaurs, we were in stitches. The image below is from Dinosaur Adventure, my son is stood next to me roaring his head off, he wouldn't go any closer, brave enough to roar but wisely at two years old, keeping far enough away in case it is real. 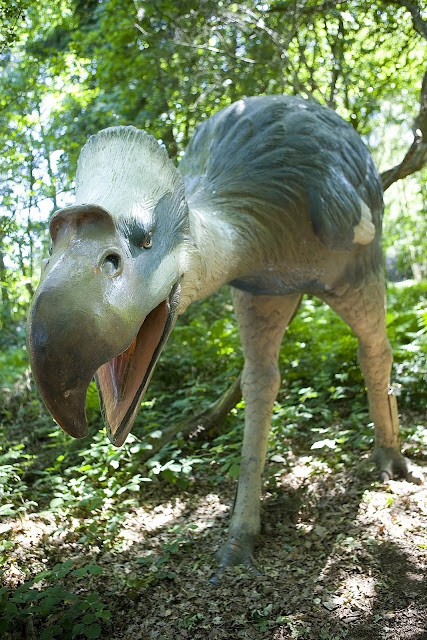 He didn't stand up to the T-Rex though, he's smart for two. 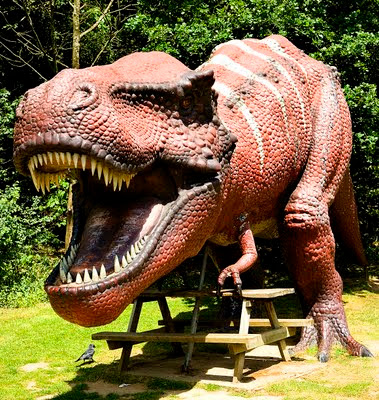 Bang! Slap! Something dropped through... 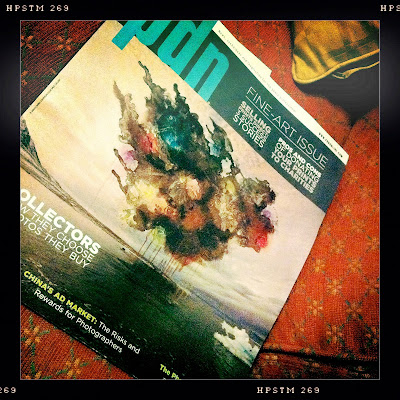 ... the letterbox. The Fine Art issue of pdn, packed with some nice articles on what fine art photography collectors are buying and what Fine Art photographers are doing to attract buyers. The issue is packed with the usual high standard of images and 'End Frame' this month is a small piece in memoriam to Tim Hetherington and Chris Hondros.
at June 29, 2011 No comments: 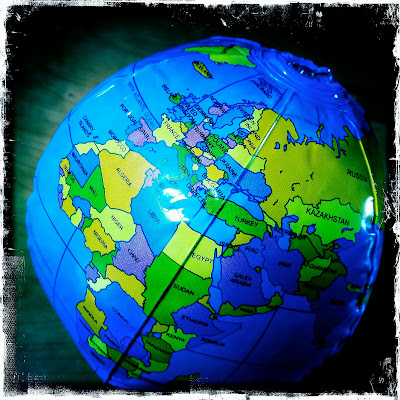 My son won a small inflatable globe the other day at his school summer fate, having busted a lung inflating the damned thing it then got the Hipstamatic treatment. I'm enjoying playing with this app more than any other I've had on my iPhone, I'm also using Photogene just to do a few tweeks on sharpness, saturation etc, I like that to, it's pretty easy to use, though you can put it a bit to far if you have big fingers, but as it will save a new copy each time you can play to your hearts content with plenty of variations.
at June 27, 2011 No comments: 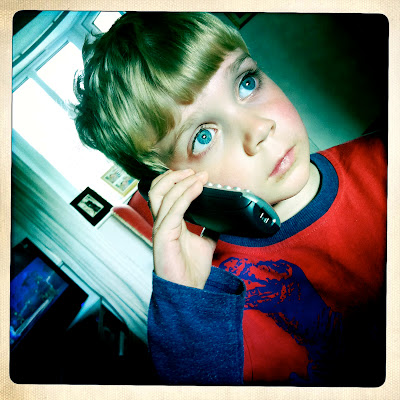 I've heard about, read about it, and now finally I'm in on it, Hipstamatic for the iPhone, it's so retro it hurts, takes me back to the 70's when the quality of neg prints from the chemist were suspect at the best of times. 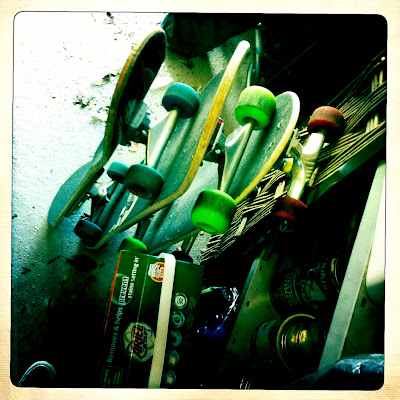 It use to be a case of spot the colour cast, usually from one print to the next on the same roll, or if you were very unlucky the 'technician' handling your precious negatives might just pre-fog them a bit, or a lot, it just depended how drunk or stoned they were. 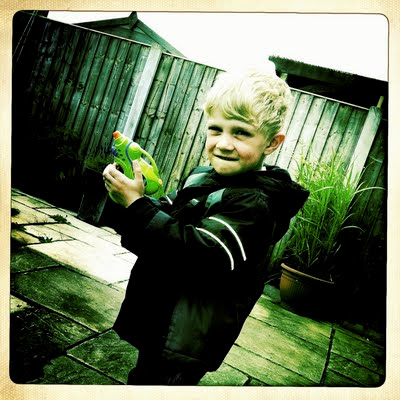 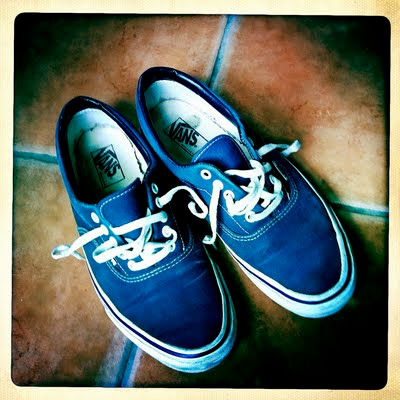 Anyway I'm hooked, since I bought the app at the beginning of the week it's been my camera app of choice on my iPhone, anything and anyone is being snapped, no matter what they're doing! 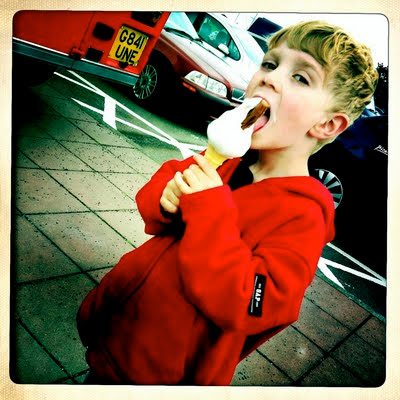 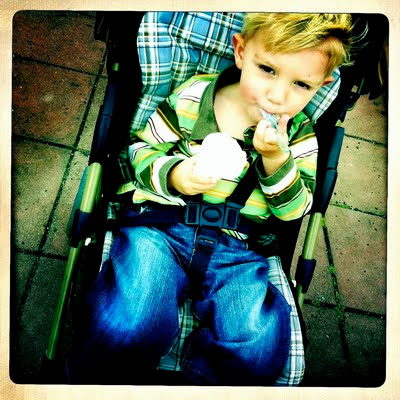 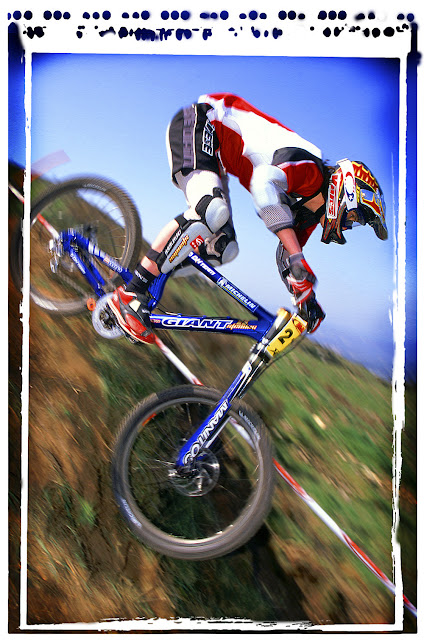 Trawling through some old mountain bike race images I came across these, they were shot in Portugal at a Maxxis Cup downhill race, these are of Helen Mortimer, a seasoned downhill racer who won the womens competition at the event. But, why, oh why I'd dropped false polaroid frames over them you'd have had to ask me six years ago, because I really haven't got a clue now. It just goes to show that something that you may have thought was 'sooo cool' a few years ago now looks stupid, contrived and really adds nothing to the images. Giant Bikes used the colour shot, they picked and used it before I added the frame, Vans Shoes used a couple of other images of Helen Mortimer for full bleed ads in Dirt magazine and MBUK, again less the Polaroid frames.
Read more »
at June 23, 2011 No comments:

The sun is out, the sky is blue, ELOs Mr. Blue Sky it blaring out on my iTunes... All is right with the world.

http://www.youtube.com/watch?v=98P-gu_vMRc&feature=youtube_gdata_player
at June 20, 2011 No comments: 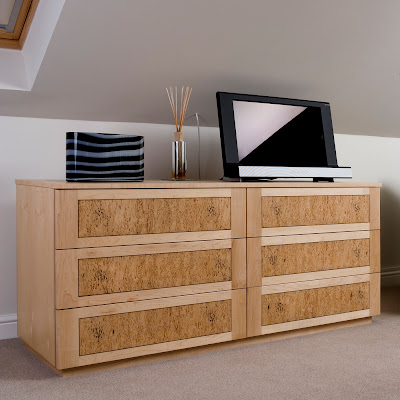 These images were taken back in 2009, just as the aftermath of the credit crunch had really started to bite, the client produces bespoke furniture, kitchens and green oak buildings, we planned to get six locations done to complete the job but it's taken nearly two years to get it wrapped and packed. My youngest son was just a few months old when I shot these, he's two years and two months now, it's odd to gauge a job by your sons life on the planet but there you go. The discs will be written tomorrow and I should deliver them early next week. Finally. 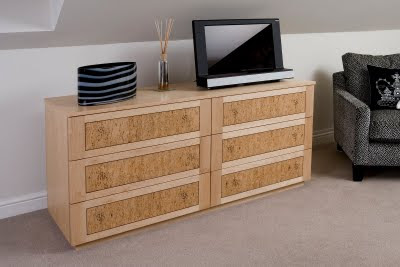 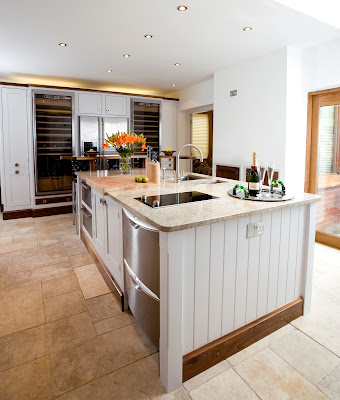 Okay, so today I got my reading...

... glasses. Bloody hell what a difference, my long sight is great, thankfully, but now I look at the computer screen with my new personal optical windows everything is sharp again!
at June 15, 2011 No comments: 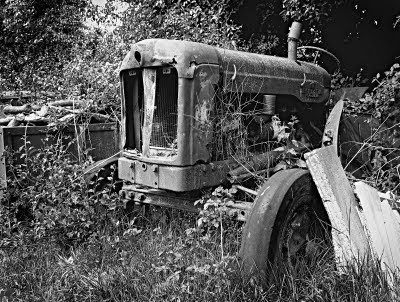 ... in North Norfolk, under a blazing sun at the start of June, slowly rusting, sits a Fordson Major tractor. It waits for it's eventual refurbishment, the rust has taken hold but it's not far enough along to have rendered the metal of this old farm machine to a slow red oxide death. Work will probably start soon to bring this relic back to life, it is a project in waiting. I took a few pictures of it because my brother-in-law use to own one (his wife got it as part of the divorce settlement, she's been trying to sell it ever since) and I thought he'd like to see it.
Read more »
at June 08, 2011 No comments: 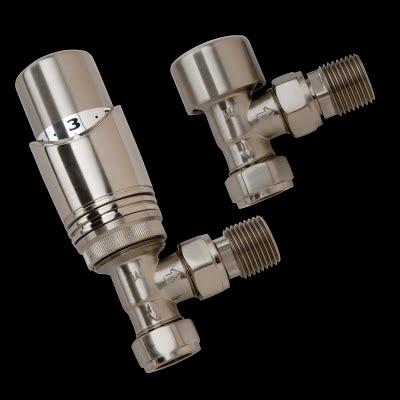 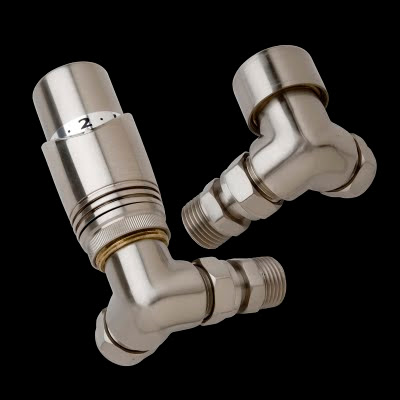 After a fun packed week away I returned home on Saturday to find a package from a client at my backdoor, the FedEx driver had deemed it to be a safe spot to leave the package, well it was still there so enough of that. Inside were three sets of valves for radiators, all brushed steel and requiring simple shots on a black background. They were shot on a white background and cutout to give the best detail in the valves, as well as highlights I dropped in some strips of black card to add some contrast and show the shape of the valves to. The shots were e-mailed to the client on Monday night, approved this morning and the valves returned to my client by special delivery this afternoon. Lets hope the postman doesn't leave them at my clients backdoor...