A few weeks ago I decided my sensor needed a clean, it's one of those necessities that rolls around a little to often, I had a few jobs booked in that really warranted a clean sensor. Now in the past I've used H. Lehmann Ltd in Stoke, Calumet in Liverpool (now closed) and Calumet Manchester, but I thought I'd give Cambrian Photographic in Colwyn Bay, 1) it's only 25 minutes away, 2) it was cheaper by £10.

After having the sensor cleaned I put the camera in the camera case and the next day headed to Blackburn to photograph a coach for Volvo. Didn't change lenses during the day. Two days later, and the reason for the sensor clean, I had a product shoot, radiators, mostly white, grey and bushed steel. Shoot went well and I still hadn't swapped lenses. It wasn't till I started processing the images the following day that I noticed the dust, a large hair and a small smear on every image. I went back to the coach images and processed them, the same. This has cost me a lot of time to spot in photoshop, exactly the opposite of what I was hoping would happen after a sensor clean. Now I'm not blaming Cambrian Photographic, though I wont be using their services again, but next time I'm going to take a quick test shot and run it through the mac before going off and shooting a big job.

Yesterday Simon from Bob Rigby Photographic in Macclesfield popped in and picked up my camera, it'll be cleaned and back to me by Friday, which is fine as I'm recovering from a small operation I had last Friday and am taking this week off to recover fully. The guy who does their cleaning also works for Canon and Nikon when they have any of their event days, so I know he's good and he checks the sensor by taking a shot and running it through photoshop, just to be sure.


My Canon 1Ds MkII came back today, sensor as clean as a whistle. Thank you Bob Rigby Photographic, now I can get back to work.
at February 29, 2012 No comments: 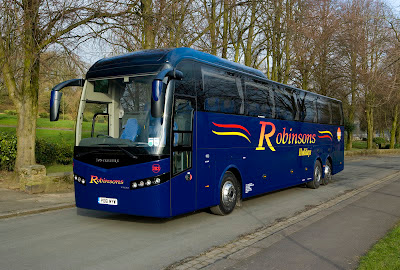 So this Thursday I took a trip out to Blackburn to photograph a coach for Volvo Coach and Bus. The agency that books me sets a standard brief for these shoots, here are a couple of images from the session. I was so lucky that the sun was shining, though it was bitterly cold, still that's what thermals are for... 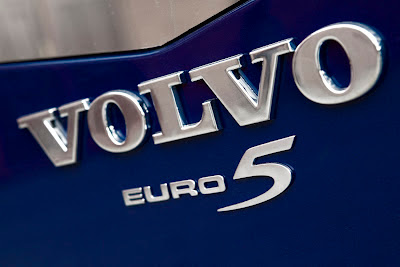